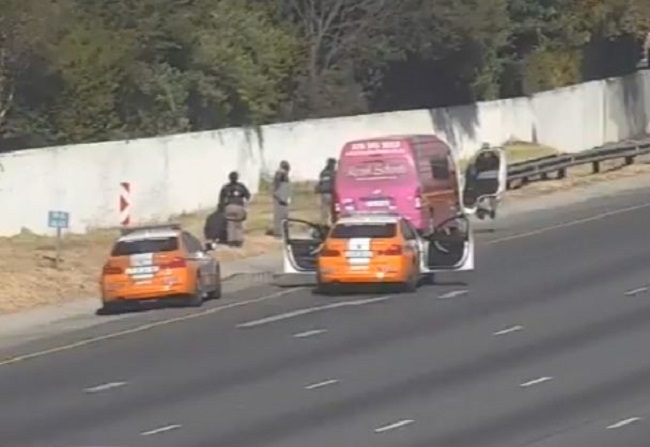 JOHANNESBURG - Two suspected hijackers are due in court, after being followed via Sanral CCTV footage and arrested by Johannesburg Metro Police officers.

In a video clip tweeted out this week, two suspects are seen forcing their way into a school minibus before speeding off on the N3  near London Road with the driver in the back.

JMPD spokesperson Wayne Minnaar said Sanral camera operators spotted the hijacking and followed the vehicle until the officers were able to get to the scene.

In the footage, two metro police cars are seen forcing the hijacked vehicle onto the side of the the N1 highway. Officers then jumped out of their vehicles and arrested two people.