Johnny Clegg opens up about South Africa and its strengths and shortcomings, his love for the country's cultures and his choice of isiZulu at the time when apartheid enforced cultural segregation. Courtesy #DStv403

JOHANNESBURG – Less than a year before his death, South African music legend Johnny Clegg told eNCA's Jane Dutton that he was enjoying the smaller things in life, after being diagnosed with pancreatic cancer.

Clegg passed away on Tuesday after battling the illness for four years.

In the interview in December last year, Clegg said while he was fighting the disease, "one tends to enjoy [life] more. I feed my birds, I grow flowers - I've become a bit of a gardener".

His band Juluka was created during Apartheid, at a time of racial and cultural exclusion.

"We were initially not played on the radio, because it was against government policy. But my record company found a way to get around it, because there'd be an international hour on Zulu radio, and we'd appear there."

Clegg described Juluka as being a cultural statement of the fact that "South Africans could celebrate each other's language and culture and turn it into a crossover mix which is unique to South Africa".

He went on to form Savuka, which was more political. There the band produced songs like Asimbonanga and Missing - "all the things that were happening to us in South Africa politically".

At the end of 2018, over 50 prominent artists came together to record a tribute to Clegg.

"I was very teary eyed when I saw it," he said.

Watch the interview above, where Clegg talked about the political situation in South Africa, and an incident which he described as being an incredible moment in his life.

END_OF_DOCUMENT_TOKEN_TO_BE_REPLACED 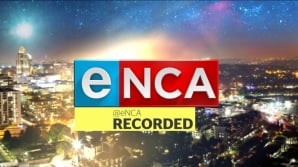