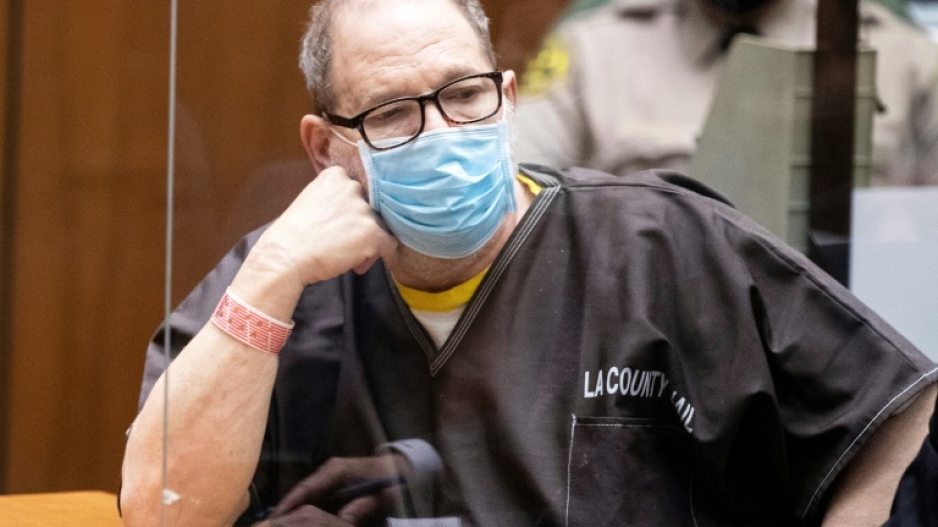 The fall of Harvey Weinstein, seen here at an earlier court appearance, from Hollywood mogul to convicted rapist, has been stark

Disgraced Hollywood mogul Harvey Weinstein on Thursday lost a bid to have his 2020 sex crimes conviction in New York overturned.

In a ruling, five judges from a New York appeals court unanimously upheld the guilty verdicts and resulting 23-year sentence.

They rejected Weinstein's argument that the jury had been prejudiced by hearing allegations from women who were not part of the charges.

Judge Angela Mazzarelli, writing the ruling, said the witnesses had provided "useful information," which had helped jurors "fully understand the dynamics" between Weinstein and his victims.

"We perceive no basis for reducing the sentence, and we have considered defendant's remaining arguments and find them unavailing," she wrote.

"Pulp Fiction" producer Weinstein was convicted of rape and sexual assault in February 2020 in a landmark verdict for the #MeToo movement.

He is currently awaiting trial on separate sexual assault charges in California.

Weinstein, 70, pleaded not guilty in September in a Los Angeles court to counts involving alleged abuse of five women.

Widespread sexual abuse and harassment allegations against Weinstein exploded in 2017.

In total, nearly 90 women including Angelina Jolie, Gwyneth Paltrow and Salma Hayek have accused Weinstein of harassment or assault.

He has maintained that all his sexual encounters were consensual.