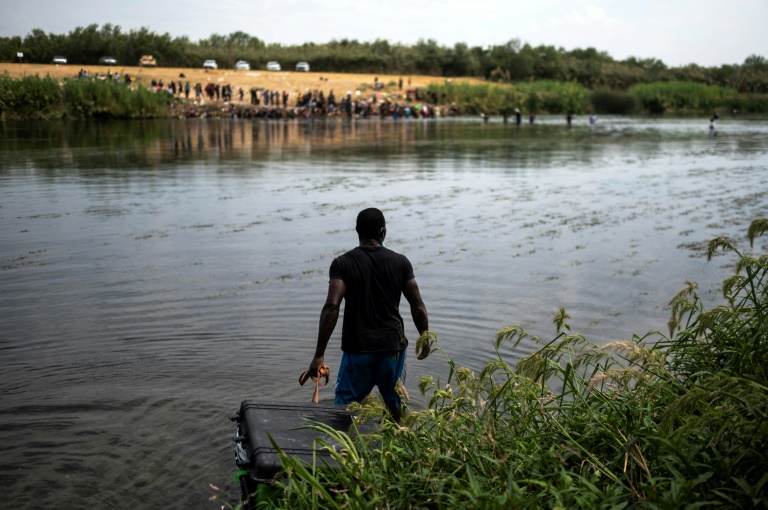 CIUDAD ACUNA - Clinging to ropes, some carrying children on their shoulders, Haitian migrants stranded at the US border cross the Rio Grande back into Mexico in search of food, water or medical treatment.

With US authorities deporting planeloads of Haitians back to their crisis-wracked country from Texas, the migrants' fears that their long and treacherous journey was in vain are mounting.

"We're desperate," said 28-year-old Maximil Marcadieu, who spent nearly two months travelling from Chile where he was living, only to find himself stuck with thousands of others in a dusty camp under a bridge.

"Many people dream of going to the United States and now they're deporting everyone," he said.

The United Nations said Tuesday that it was "seriously concerned" about the mass US deportations of Haitian migrants, warning that people with genuine asylum claims may be in danger.

The migrants also risk being picked up by the Mexican authorities when they venture into Ciudad Acuna across the border from Del Rio, Texas.

But many take the chance to look for somewhere to rest, something to eat or treatment for their medical ailments.

Tens of thousands of undocumented migrants, mostly Haitians, have arrived in recent months in southern Mexico, heading north in search of a new life in the United States.

Those who manage to cross Mexico without being detained find only disappointment at the US border.

The Haitians have been mistakenly told that they will be able to stay in the United States as refugees under "temporary protected status" (TPS), US Homeland Security Secretary Alejandro Mayorkas said Monday.

TPS has been in place for years for Haitians who were stuck in the United States after the massive earthquake of 2010.

After political turmoil sparked by the July 7 assassination of President Jovenel Moise, the United States extended TPS for Haitians who were in the country on or before July 29. 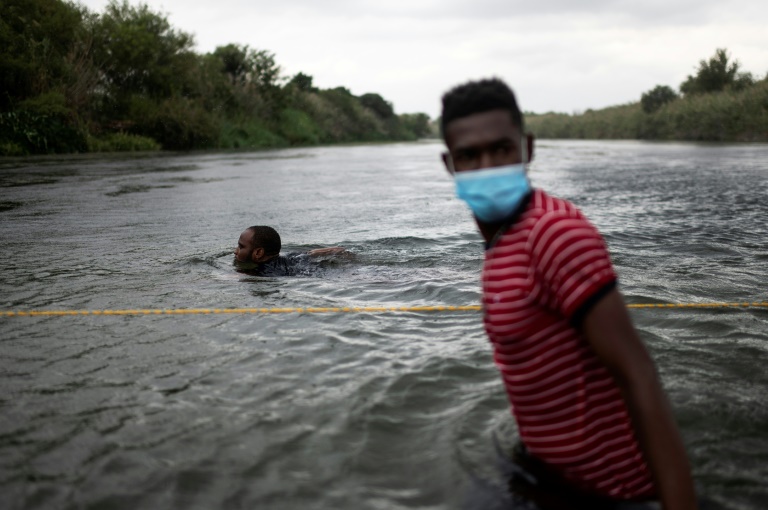 The migrants cross to the Mexican side of the Rio Grande to look for somewhere to rest, buy food or seek medical treatment

Marcadieu said that he left Chile with his wife and two-year-old daughter and traveled through Bolivia, Peru, Colombia, Panama, Costa Rica, Honduras, Nicaragua, Guatemala and Mexico.

The journey included a four-day trek through the lawless jungle of the Darien Gap between Panama and Colombia that has claimed the lives of some migrants.

After coming so far, the risk of being deported by the United States is not enough to deter Marcadieu from trying to cross the last border in his way.

"I have family there in the United States, and Haitians always want to live together -- that's why I left Chile," he told AFP while visiting Ciudad Acuna to look for food.

Volunteers from organizations including medical aid group Doctors Without Borders offer assistance at a park next to the Rio Grande, where several dozen immigrants have set up another camp.

People also arrive in cars and trucks to sell food, water or soft drinks to the migrants.

US authorities pledged to investigate reports that Haitians may have been abused by border patrol officers on horseback while crossing the Rio Grande river to look for something to eat.

Pictures and video footage that spread quickly over social media appeared to show riders swinging their long reins to threaten migrants and push them back toward the river.

The Haitians, some carrying food on their heads, cross the Rio Grande holding onto ropes that allow them to wade through apparently calm waters that can sometimes hide strong currents.

Elvinson Saintil, 16, traveled from Chile with his parents and three siblings but is nervous about what fate awaits them.

"They say they're also deporting families and pregnant women," he said. "We are afraid."