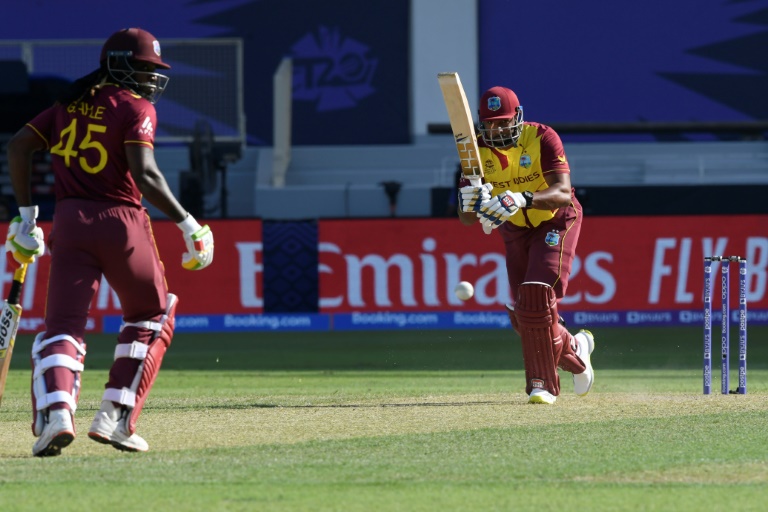 DUBAI - West Indies captain Kieron Pollard said "education is key" in the anti-racism movement but refused to get into the debate about South African star Quinton de Kock's controversial pull-out before their Twenty20 World Cup clash.

Defending champions West Indies lost their second successive match of the tournament after going down to South Africa by eight wickets, but the match was overshadowed by De Kock's refusal to take the knee in Dubai.

De Kock opted out of the Super 12 game after Cricket South Africa ordered its players to lend support to the Black Lives Matter campaign endorsed by many in the sporting world.

"You guys know our thoughts on this matter. It's something that we feel strongly about as a team and as a people, as well, and we will continue to do it," Pollard said on taking the knee ahead of every game.

"Each and everyone has their own opinions on it, but as I've always said, once you're educated and you understand, we will understand you doing it, but I think education sort of is the key, and we don't want anyone doing it for us in solitude or to feel sorry for us."

Pollard, who has played cricket alongside De Kock for Mumbai Indians in the Indian Premier League, said he will comment only when he gets a clear picture.

Two-time champions West Indies are in a must-win situation to have any chance of making the semi-finals of the tournament. They next play Bangladesh on Friday in Sharjah.

"We've put ourselves in a position whereas from a run-rate perspective that's pretty low, and from a win percentage we haven't won any games," said Pollard.

"So we have to win the next three games. We just have to take it one at a time and try to improve each and every time."

READ: CSA directs all Proteas players to take the knee

Opener Evin Lewis hit 56 to guide West Indies to 143-8 in an innings that suffered from the loss of wickets at regular intervals.

"Evin Lewis was outstanding, the start that he gave us as an individual, but we kept losing wickets at crucial times," he said.

"With that being said, we'll have some time, we'll think about it, and hopefully we come back with the right sort of combination or the right mindset in order to put some more runs on the board."