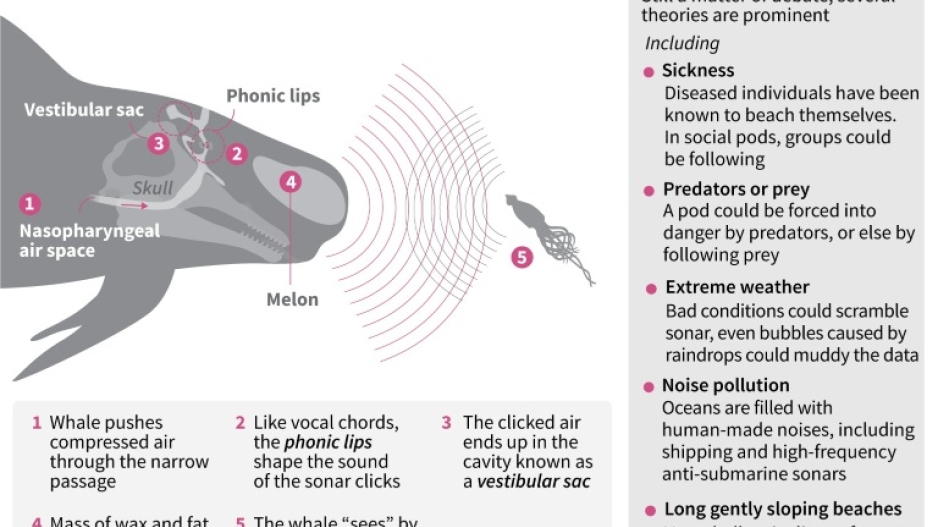 AUCKLAND - The death of about 200 pilot whales at a Tasmanian beach has renewed questions about what causes such mass strandings and whether they can be prevented.

With the help of Karen Stockin, a whale stranding expert at New Zealand's Massey University, here are the answers to five key questions:

Scientists are still trying to work that out. They do know that there are multiple types of stranding events, with several explanations that can overlap.

The causes can be natural, based on bathymetry - the shape of the ocean floor - or they can be species-specific.

Pilot whales and several smaller dolphin species are known to regularly mass strand, especially in the southern hemisphere, according to Stockin.

In some instances, a sick whale headed towards shore and a full group unwittingly followed them.

Does it happen in certain areas? 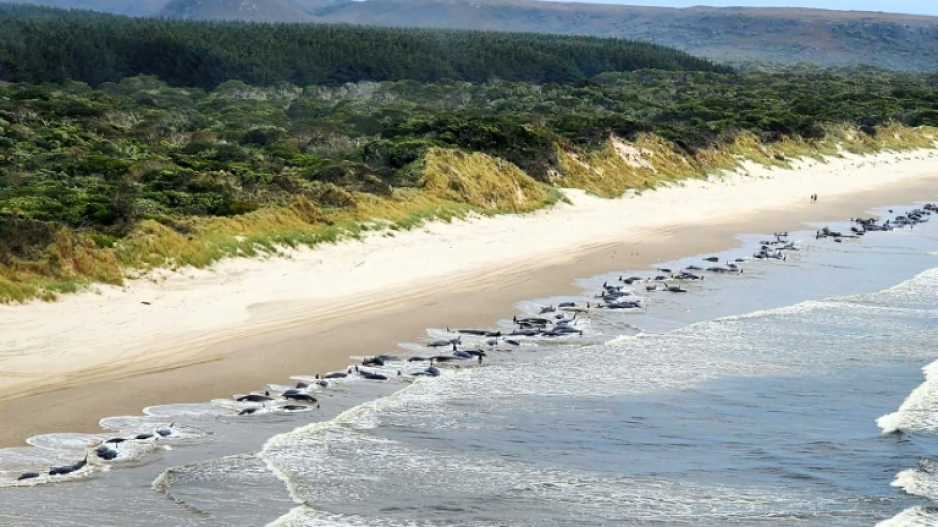 There are a few global hotspots. In the southern hemisphere, Tasmania and New Zealand's Golden Bay have seen several instances, and in the northern hemisphere, the United States bay of Cape Cod, Massachusetts, is another hotspot.

In those areas, there are similarities between the topography of the beaches and environmental conditions.

Some people call such areas "whale traps" because of the speed at which the tide can recede.

Possibly. Strandings are natural phenomena and have been documented since the days of Aristotle. The health of the oceans has, however, deteriorated in recent decades.

Strandings could become more common as human use of the seas, shipping traffic and chemical pollution all increase.

Epizootic diseases -- outbreaks of sickness that affect a specific animal species -- could also lead to more. But there is still much to understand about the phenomenon, Stockin said.

Is climate change a factor?

Research on how climate change is affecting marine mammals is still in its infancy. Experts know that climate change can give rise to changes in prey and predator distribution.

For some species, this may result in whales coming closer to shore.

For example, recent research based on current climate prediction models suggests that by the year 2050, the distribution of sperm whales and blue whales in New Zealand could vary considerably.

Can strandings be prevented?

Not really. As strandings occur for a multitude of reasons, there is no one-size-fits-all solution. But Stockin said that by better understanding whether and how human-induced changes are causing more mass strandings, solutions could be found.