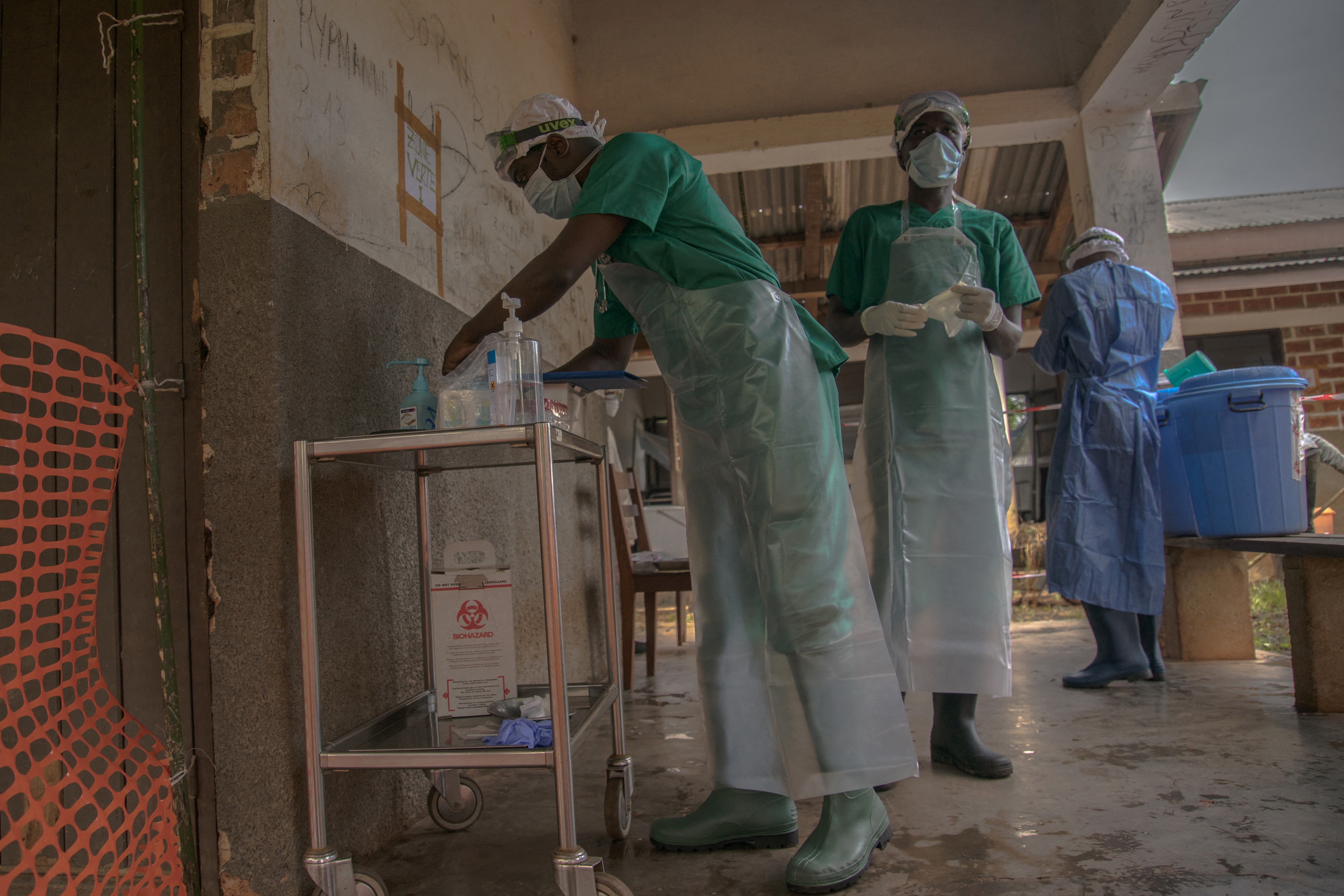 PARIS - Several cases of monkeypox have been detected in North America and Europe since early May, sparking concern that the disease, endemic in parts of Africa, is spreading.

Most people recover within several weeks and monkeypox has only been fatal in rare cases.

There have been thousands of human infections in parts of Central and Western Africa in recent years but it is rare in Europe and North America.

Monkeypox is a virus transmitted to humans from animals, with symptoms very similar to smallpox but less severe clinically.

In Africa, monkeypox has been found in many animals including rope squirrels, tree squirrels, Gambian poached rats, dormice as well as different species of monkeys and others.

The World Health Organization however says human-to-human transmission is limited.

Symptoms in humans of monkeypox include lesions, eruptions on the face, palms or soles, scabs, fever, muscle ache and chills.

Human monkeypox was first identified in 1970 in Zaire, now the Democratic Republic of Congo, in a nine-year-old boy in a region where smallpox had been eliminated two years earlier.

Since 1970, human cases of monkeypox have been reported in 11 African countries – Benin, Cameroon, Central African Republic, Democratic Republic of Congo, Gabon, Ivory Coast,  Liberia, Nigeria, Republic of Congo, Sierra Leone and South Sudan, according to WHO.

In the spring of 2003, cases were also confirmed in the United States -- the first time the disease surfaced outside Africa.

animal-to-human transmission can happen as a result of direct contact with the blood, bodily fluids, or cutaneous or mucosal lesions of infected animals.

Secondary or human-to-human transmission can happen through close contact with respiratory secretions, skin lesions of an infected person or recently contaminated objects.

On Monday, the WHO signalled that some of the cases confirmed recently in Britain surfaced among gay men.

But experts have warned it was too premature to establish a link.

"Although the current cluster of cases is in men who have sex with men, it is probably too early to make conclusions about the mode of transmission or assume that sexual activity was necessary for transmission, unless we have clear epidemiological data and analysis," Michael Skinner, a virology specialist from London's Imperial College, told Science Media centre(SMC) website.

It is usually a self-limited disease with symptoms lasting from two to four weeks.

Severe cases occur more commonly among children and are related to the extent of virus exposure, patient health status and nature of complications.

The case-fatality ratio has varied but has remained between 0 and 10 percent in all registered infections.

"It’s been estimated that the West Africa strain, which the UK cases have, has a mortality rate of about one percent. There is also a strain found in the Congo region which can be fatal in as many as 10 percent of cases, but the UK cases do not have this strain," Simon Clarke, associate professor in cellular microbiology at the University of Reading, told SMC.

There is no specific treatment but vaccination against smallpox has been found to be about 85 percent effective in preventing monkeypox.

However, access to smallpox vaccines is now limited as the disease has been eradicated globally.