What we know about COVID-19 vaccines and side effects 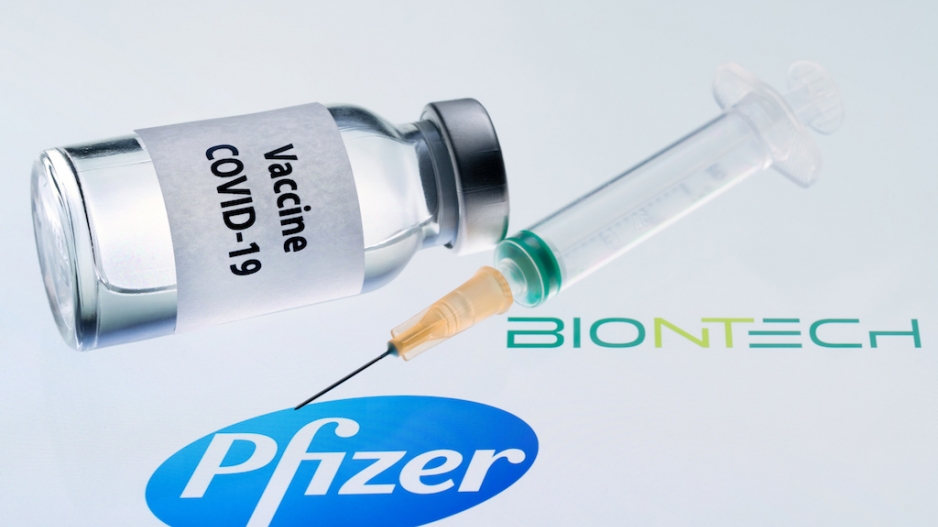 File: The Pfizer-BioNTech jab is one of several vaccine candidates approaching approval in a number of countries, bringing hope for an end to the pandemic. AFP/Joel Saget

PARIS - The distribution of the first vaccines for the coronavirus has raised hopes that the end of the pandemic may be in sight, but it has also sparked some concern about side effects.

Here's what we know so far.

Results from final-stage clinical trials of two of the frontrunner vaccines were published this week and both are considered safe.

Data for the Pfizer/BioNTech vaccine -- already authorised in several countries -- was released in the peer-reviewed scientific journal New England Journal of Medicine.

The drug is based on experimental technology that uses a synthetic version of a molecule called "messenger RNA" to hack into human cells and effectively turn them into vaccine-making factories.

Its trial involved 40,000 volunteers and suggested the vaccine provokes only mild side effects.

Some 80 percent of those vaccinated felt pain at the injection site. Many also felt fatigue, headache and muscle-pain and some had temporarily swollen lymph nodes.

These side effects were more frequent and intense for young people.

A partnership between Oxford University and AstraZeneca uses a disabled virus -- in this case a chimpanzee adenovirus -- as a vehicle to carry the vaccine.

Their vaccine data -- from trials involving some 23,000 volunteers -- was published in another prestigious medical journal, The Lancet. The study found the vaccine is safe.

Saying you prefer one vaccine to another is like saying you prefer chocolate ice cream to strawberry ice cream, according to virologist from the French national health-research institute (INSERM) Marie-Paule Kieny.

She told the French parliament citizens should be aware that the vaccines might "hurt the arm and induce fatigue", comparing the side effects to those children experience when they get a jab.

"It's unpleasant, for a day or so maybe, but these reactions are short-lived and if they are associated with a high level of protection I think it should be tolerable."

Severe side effects for both vaccines have so far been extremely rare.

Only one patient who received the Oxford AstraZeneca jab had a "serious side effect possibly related" to the injection, according to the data in The Lancet.

The patient suffered from transverse myelitis, a rare neurological condition that causes inflammation of the the spinal cord.

This provoked the temporary global shutdown of trials in early September.

Two other serious side effects were observed, although these have not been attributed to the jab.

Researchers said all three had recovered.

Four cases of Bell's palsy -- a facial paralysis that is often temporary -- were observed among 18,000 volunteers over two months in the Pfizer/BioNTech trial.

But the frequency is similar to that normally seen in the general population for this condition, so it is unclear whether the cases were provoked by the vaccine.

To be on the safe side, the US Food and Drug Administration (FDA) recommended particular caution.

There were eight cases of appendicitis in those who were administered the vaccine, double the amount for those who received the placebo one.

But the FDA put this down to a statistical coincidence, unrelated to the vaccine.

As for all medicine, the hypothesis of serious side effects cannot be ruled out. A substance is evaluated by weighing the benefits against the risks.

"It is completely acceptable to have a vaccine that is slightly more reactogenic, if its side effects are not severe," said vaccine expert for the French medicine agency (ANSM) Isabelle Parent.

Both were said to have serious allergic pathogens, to the extent they always carry adrenaline on them.

In response, British authorities warned anyone with "a history of a significant allergic reaction to a vaccine, medicine or food" to avoid taking the vaccine.

"For the general population this does not mean that they would need to be anxious about receiving the vaccination," Stephen Evans, pharmacoepidemiology professor at the London School of Hygiene and Tropical Medicine, told Science Media Centre (SMC).

"One has to remember that even things like marmite can cause unexpected severe allergic reactions," he added.

Those in charge of the clinical trial anticipated the risk, excluding volunteers with a history of severe allergic reactions to vaccines in general or to one of the vaccine's components.

Millions of people who suffer from allergies to common substances such as eggs and nuts do not appear to be allergic to the vaccine.

"It will be important to now understand the specific nature of the reactions and the background medical history of the individuals affected," Graham Ogg, interim director Oxford's Medical Research Council Human Immunology Unit told SMC.

As the vaccines are new, scientists do not know for certain the potential long term side effects.

Although they might be authorised for emergency use because of the pandemic, their data will be continuously monitored by world health authorities so they can react immediately.

"As is normal for any vaccine, close and continued monitoring for safety and efficacy data as it is delivered will be essential," said Dr Charlie Webber, head of vaccines for the charity Wellcome, according to SMC.