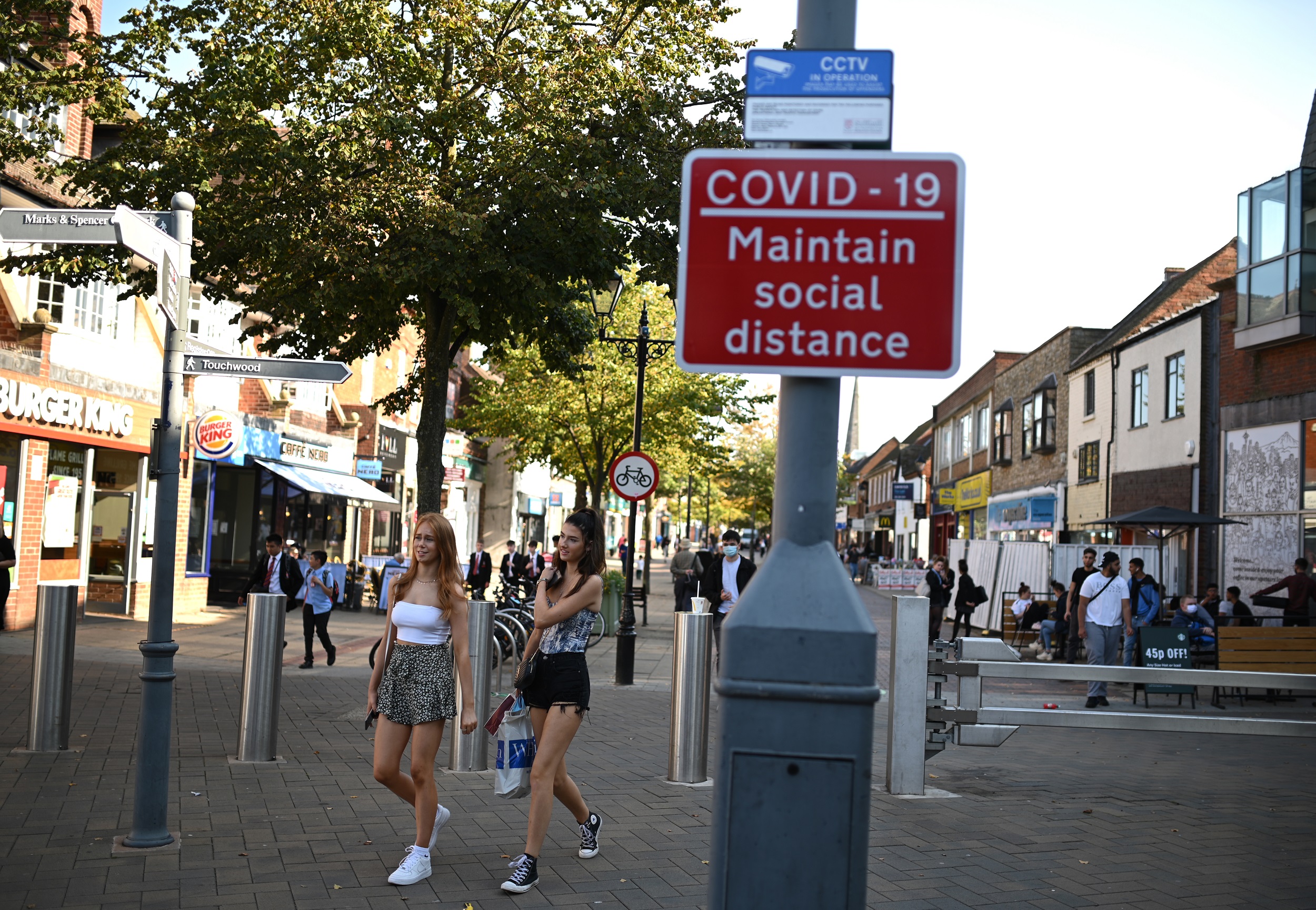 People walk past a sign encouraging social distance in a shopping street in Solihull, central England.

COPENHAGEN - Europe will face a rising death toll from the coronavirus during autumn, the World Health Organization (WHO) warned as the number of daily infections around the world hit a record high.

The WHO reported 307,930 new cases worldwide on Sunday, the highest daily figure since the beginning of the pandemic in China late last year, as global cases rapidly topped 29 million.

"It's going to get tougher. In October, November, we are going to see more mortality," WHO Europe director Hans Kluge told AFP in an interview.

"COVID-19 has brought to light the weaknesses and strengths of European society. It has bluntly revealed the reality of our health systems."

Kluge also said the pandemic had disrupted services for non-communicable diseases, including monitoring of diabetes, hypertension and cancer screening in 68 percent of the member states.

WHO Europe's 53 members started a two-day online meeting focusing on their virus response as the global death toll crossed 925,000.

WHO chief Tedros Adhanom Ghebreyesus told the meeting by video-link: "We are by no means out of the woods."

In France, the cities of Marseille and Bordeaux announced a series of measures to limit public gatherings as COVID-19 infections soar.

The latest surge has sparked alarm across Europe, and revived the debate over how best to fight the rise in infections. England has limited social gatherings to no more than six people from Monday.