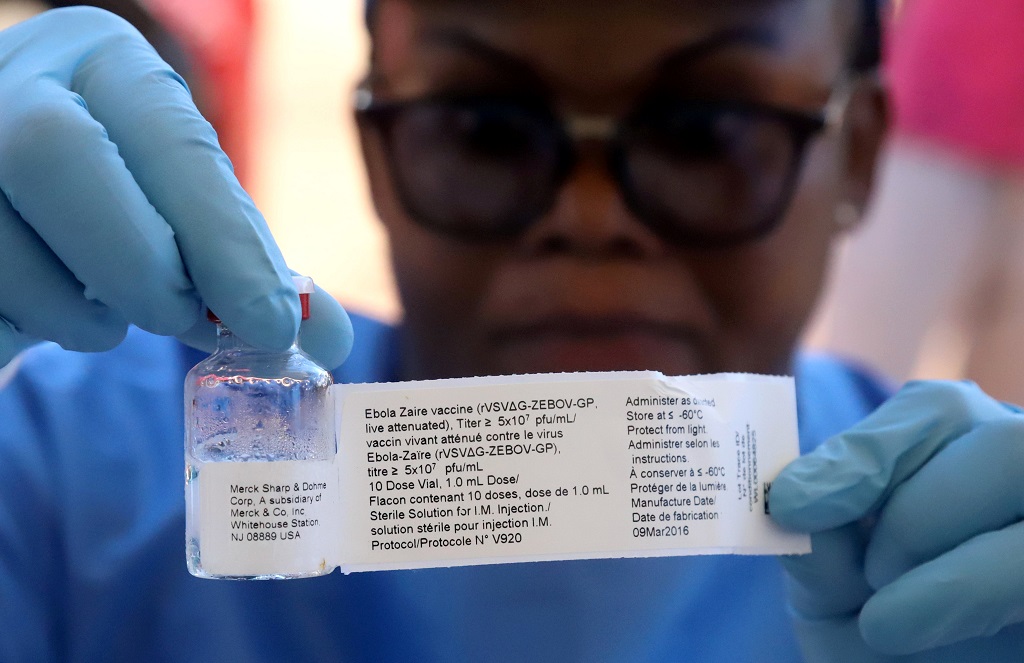 A World Health Organization (WHO) worker prepares to administer a vaccination during the launch of a campaign aimed at beating an outbreak of Ebola.

GENEVA - The World Health Organization (WHO) said it had prequalified an Ebola vaccine for the first time, hailing a "critical step" towards its licensing, access and roll-out in countries most at risk of outbreaks.

"This is the fastest vaccine prequalification process ever conducted by WHO," it said in a statement, explaining that "prequalification means that the vaccine meets WHO standards for quality, safety and efficacy."

The announcement comes hot on the heels of a decision by the European Commission to allow the release to market of the injectable vaccine, Ervebo, made by US laboratory Merck Sharpe and Dohme (MSD) after the European Medicines Agency gave the product its green light on 18 October.

"This is a historic step towards ensuring the people who most need it are able to access this life-saving vaccine," said WHO Director-General Tedros Adhanom Ghebreyesus.

"Five years ago, we had no vaccine and no therapeutics for Ebola. With a prequalified vaccine and experimental therapeutics, Ebola is now preventable and treatable," he added.

READ: WHO accused of rationing Ebola vaccine in DR Congo

WHO said Ervebo has been shown to be effective in protecting people from the Ebola Zaire virus and added it is recommended by the organisation's Strategic Advisory Group of Experts (SAGE) for vaccines as part of a broader set of Ebola response tools.

The WHO said licensed doses will only be available from the middle of next year.

The current epidemic in DR Congo is the tenth in the country since the first in 1976.

It is the second most deadly to date after a 2014-2016 outbreak which cost some 11,000 lives and underscored the urgency to bring a vaccine to market.