WHO slams 'shocking' vaccine imbalance between rich and poor 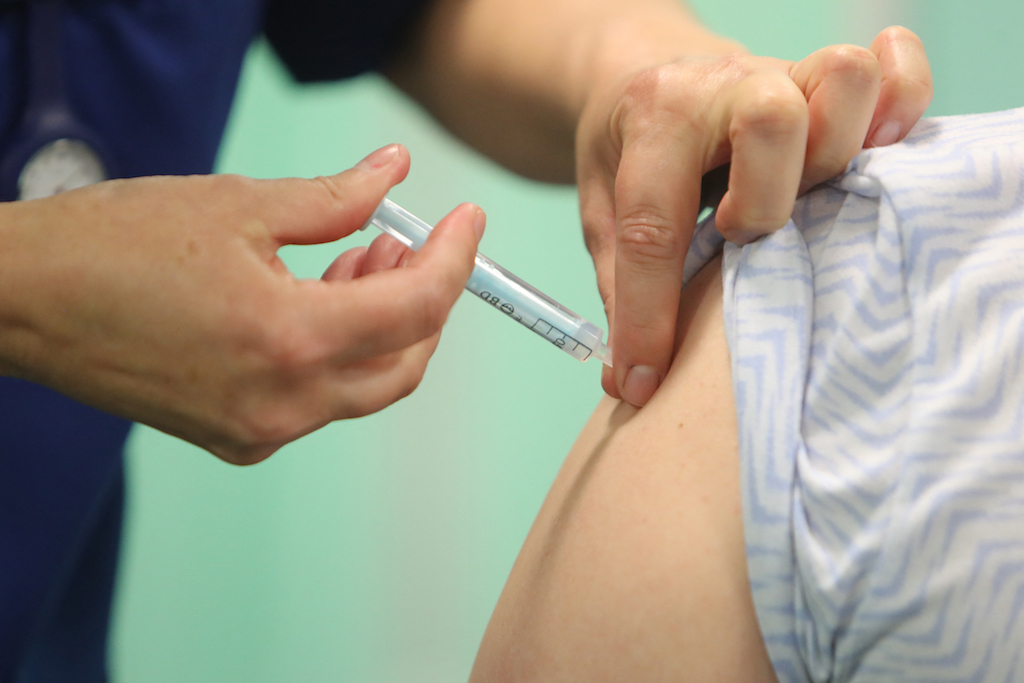 A healthcare professional administers an injection of the Moderna COVID-19 vaccine at a vaccination centre at Ffwrnes Theatre in Llanelli, South Wales, on April 9, 2021.

GENEVA - The World Health Organization on Friday condemned the chasm between rich and poor nations in accessing coronavirus vaccines, saying more than a dozen countries were still completely unprotected.

WHO chief Tedros Adhanom Ghebreyesus - a fierce critic of wealthy countries buying up vaccine supply for themselves - blasted the scarcity of doses available for poorer nations.

His target of seeing vaccination underway in every country by Saturday - the 100th day of 2021 - is set to be missed.

"There remains a shocking imbalance in the global distribution of vaccines," Tedros told a press conference.

He said that out of 220 territories, 194 had started vaccination, while of the remaining 26, seven have received doses and are preparing to start, while a further five should take delivery of their first batches within days.

Of the remaining 14, some had not requested vaccines through the Covax scheme, some were not yet ready, and some planned to start in the coming weeks and months.

"We're encouraged that almost all countries who want to start have now started," Tedros said.

"However, I emphasise the word start. Most countries do not have anywhere near enough vaccines to cover all health workers or all at-risk groups - never mind the rest of their populations."

More than 732-million doses of COVID-19 vaccines have been administered in at least 195 territories around the world, according to an AFP count.

Just 0.1-percent have been administered in the 29 lowest-income countries, home to nine percent of the world's population.

Tedros compared some high-income countries where one in four had received a shot to low-income ones, where fewer than one in 500 had done so.

The WHO co-led Covax facility, which aims to ensure that poorer nations can access Covid-19 vaccines with donors covering the cost, had been expecting to distribute its first 100 million doses worldwide by the end of March.

But only 38-million have been distributed so far, to 105 territories.

"We hope to be able to catch up during April and May," said Tedros.

"Covax works. It's a strong mechanism that can distribute vaccines faster and more efficiently than any other mechanism. The problem is not getting vaccines out of Covax; the problem is getting them in.

"Some countries and companies plan to do their own bilateral vaccine donations, bypassing Covax for their own political or commercial reasons.

"These bilateral arrangements run the risk of fanning the flames of vaccine inequity.

"Scarcity of supply is driving vaccine nationalism and vaccine diplomacy."

Europe's medicines regulator said this week that the AstraZeneca vaccine could cause very rare blood clots among some recipients, prompting several countries to scale up restrictions on the jab.

On Wednesday, the WHO's vaccine experts said a link between AstraZeneca's Covid-19 jabs and blood clots was "plausible but not confirmed", stressing that reported occurrences were "very rare".

Tedros said Friday that the UN health agency continued to back the jab.

"The benefits of the vaccine outweigh the risk of these very rare side effects," he said.

"All vaccines and medicines carry a risk of side effects. In this case, the risks of severe disease and death from Covid-19 are many times higher than the very small risks related to the vaccine.

The novel coronavirus has killed more than 2.9 million people since the outbreak emerged in China in December 2019, according to a tally from official sources compiled by AFP.