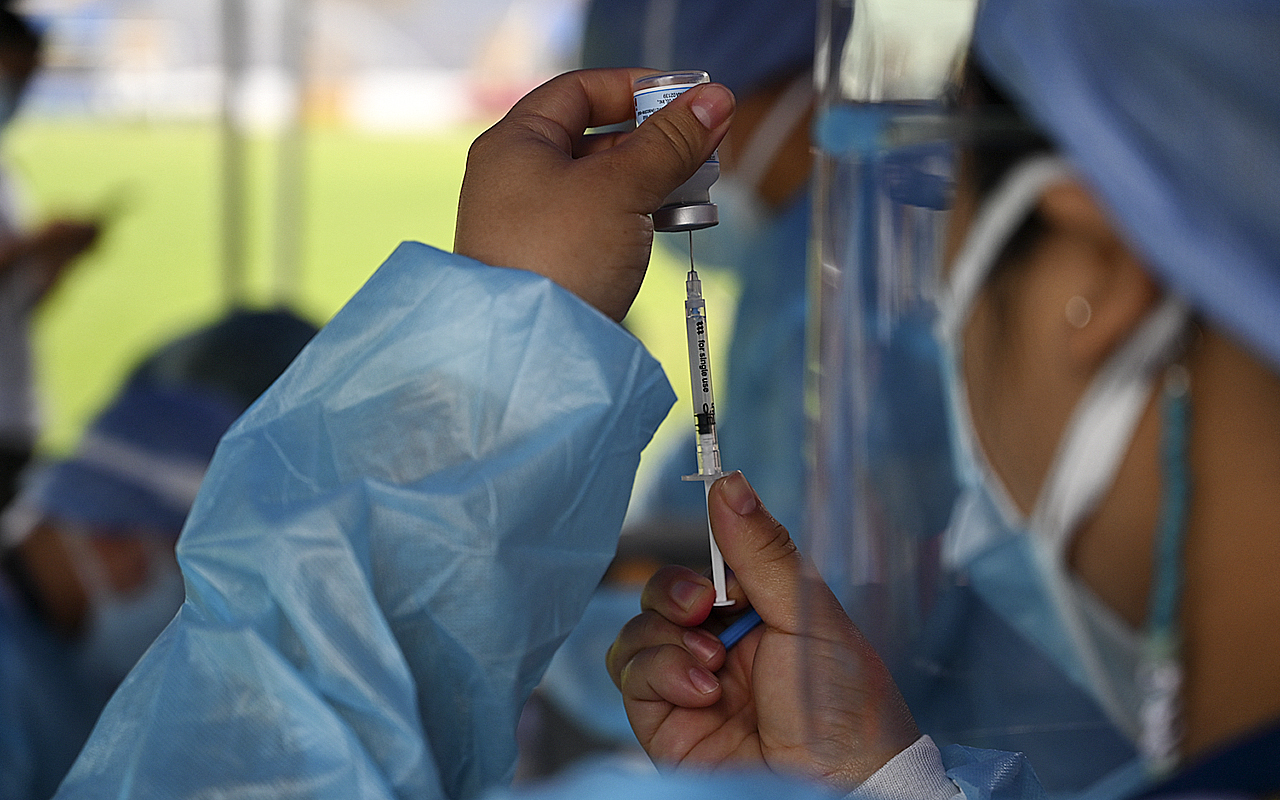 File: A nurse prepares a dose of the Moderna vaccine against Covid-19, during the vaccination day called "Vacunaton", which takes place in the National Stadium, and where the aim is to immunise 50,000 Hondurans over 35 years of age against the coronavirus during the weekend, in Tegucigalpa, on July 31, 2021. Orlando SIERRA / AFP

WASHINGTON - Imagine a Covid-19 vaccine that came as a pill: no needles, no medical professionals required to administer it, potentially delivered directly to people's homes.

Israeli pharmaceutical Oramed is attempting to accomplish just that, and is poised to start its first clinical trial in early August, CEO Nadav Kidron told AFP in an interview.

With just 15 percent of the world's population fully vaccinated, the global fight to end the pandemic is far from over.

Oral vaccines are particularly attractive for the developing world, because they reduce the logistical burden of immunization campaigns, said Kidron.

But they could also increase uptake in wealthy countries where needle aversion is an often missed factor in hesitancy.

A recent survey found nearly 19 million Americans who decline vaccines would take them if they had a pill option.

"In order for the vaccine to really work well, we need as many people to take it as possible," said Kidron.

Other benefits include reduced syringe and plastic waste, and potentially fewer side effects.

Despite many theoretical advantages, there have been few successful oral vaccines because the active ingredients tend not to survive the journey through the gastro-intestinal tract.

Exceptions include vaccines for diseases that are themselves transmitted through the mouth and digestive system -- for example there is an effective oral polio vaccine.

Oramed, which was founded in 2006, believes it has overcome the technical hurdles by designing a capsule that survives the highly acidic environment of the gut.

It invented its technology for a previous product, an experimental oral form of insulin, the lifesaving drug required by diabetics that has until now been only administered by injection.

Developed with Nobel Prize winning biochemist Avram Hershko who is on Oramed's scientific advisory board, the company's capsule has a highly protective coating that makes it slow to degrade.

It also releases molecules called protease inhibitors that stop enzymes in the small intestine from breaking down the insulin, and an absorption enhancer to help the insulin cross into the bloodstream.

This drug has been dosed in hundreds of patients in late stage clinical trials in the US, with results expected in September 2022.

Oramed has now launched a new majority-owned company called Oravax, which takes the capsule technology from the oral insulin product and uses it for an oral Covid-19 vaccine.

To evoke an immune response, the company's scientists have designed synthetic coronavirus-like particles.

These mimic three key structures of the pathogen: the spike protein, the envelope protein and the membrane protein.

By targeting multiple parts of the virus, including structures that mutate less, the Oravax vaccine could be more variant-proof, Kidron said.

The company has applied to begin trials in multiple countries and expects to begin its first in Israel within weeks, pending approval from the health ministry.

Kidron said he foresaw a role for the vaccine initially in developing countries which haven't yet bought up enough supply of current vaccines -- before eventually developed markets.

A vaccine pill could become especially attractive if ongoing boosters are required.

If it's successful, it would also represent a proof of concept for future orally administered vaccines, he added.

"Imagine... the flu vaccine comes to you in the mail, you take it, you're done."