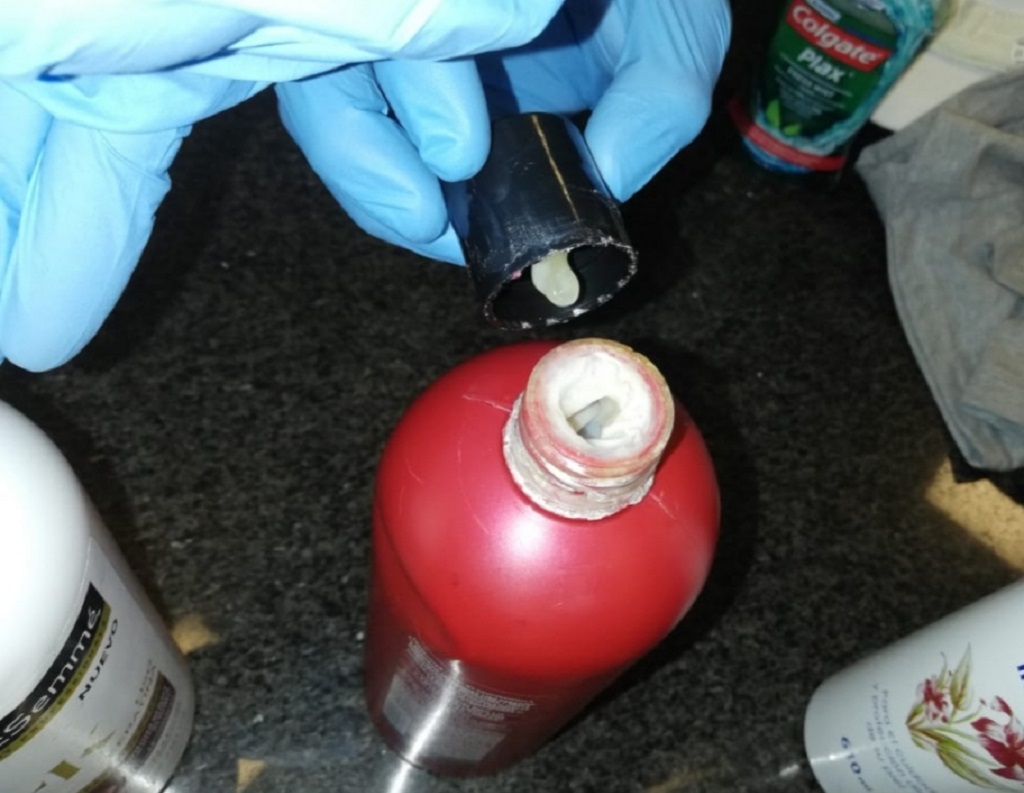 One of the shampoo bottles used to conceal the liquid cocaine.

JOHANNESBURG - A woman arrested for allegedly attempting to smuggle liquid cocaine into South Africa has appeared at the Verulam Magistrate's Court in KwaZulu-Natal on Tuesday, police said

Yangaphi Ntombizanele, aged 36, was arrested on Saturday after landing at the King Shaka International Airport on an Emirates airline from Dubai.

Ntombizanele was charged with dealing as well as for being in possession of drugs.

Her case was remanded to 6 August for a formal bail application.