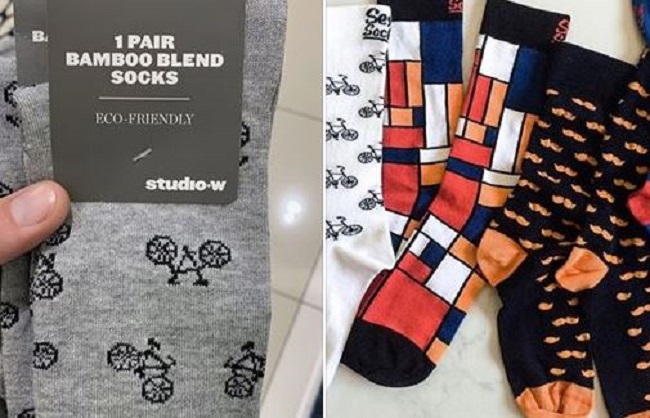 JOHANNESBURG - Woolworths has denied allegations that it copied the design for it's latest range of socks from Sexy Socks founder Dave Hutchison.

In a lengthy Facebook post, Hutchinson said he was surprised when he walked into one of the stores to find an altered version of his socks.

"Today I walked into WOOLWORTHS and saw my socks. Only, they weren't my socks. It was just my design, altered ever so slightly, with a minor colour change."

"It was one of our original, iconic, designs from the really early days, and one that was a top sellers for years. These were even made from bamboo. And it was on sale for a price well below what I can afford to offer", read the post.

READ: Woolworths to meet woman accusing it of stealing her idea

The retail giant denied the allegations made by Hutchinson and said the material used to make the socks has been used by the company since 2005.

"Bicycles are an international design trend used by fashion houses, designers and retailers all over the world. We have used bicycles on t-shirts, socks, trunks and boxers. We first used the bicycle design on a pair of boxers, which we designed in-house in Woolworths in May 2015.

"Due to its success, we extended the design across other categories.  We have used bamboo as a textile in towels, shirts, trousers, jackets and socks since 2005 due to its sustainability attributes, which is core to our business", read the statement.

This is not the first time Woolworths has been accused of copying the design of a product.

Earlier this year the company issued an apology to businesswoman Shannon McLaughlin after she said it had copied the design of her baby carrier which was launched four years ago.