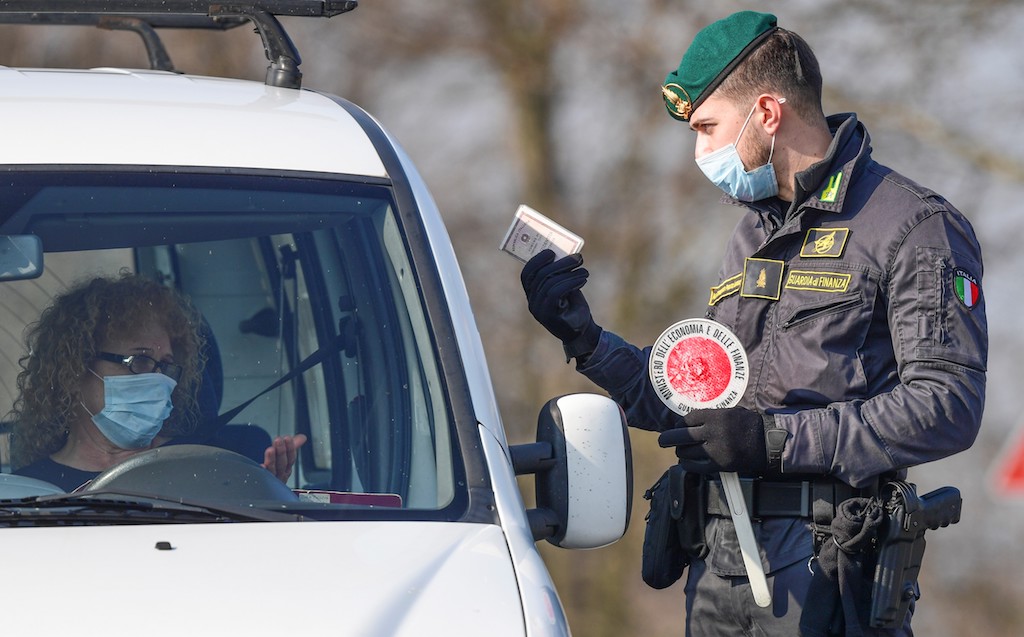 An Italian guard conducts control at a check-point at the entrance of the small town of Zorlesco, situated in the red zone of the COVID-19 the novel coronavirus outbreak in northern Italy.

GENEVA - The World Health Organization chief on Monday warned countries to prepare for a "potential pandemic" of new coronavirus, calling the sudden increase in cases in Iran, Italy and South Korea "deeply concerning".

Tedros Adhanom Ghebreyesus also said, however, that a WHO joint mission to China that concluded on Monday found that the virus there "peaked" between 23 January and 2 February "and has been declining steadily since then".

"This virus can be contained. Indeed there are many countries that have done exactly that," he said, crediting the measures taken by China to lock down several cities for helping to prevent an even bigger spread.

The virus, first detected at the end of December, has killed more than 2,600 people so far -- mostly in China.

The WHO has declared it a global health emergency but has stopped short of calling it a global pandemic.

He added, however, that countries should be "doing everything we can to prepare for a potential pandemic.

"What we see are epidemics in different parts of the world affecting countries in different ways and requiring a tailored response," he said.

Michael Ryan, head of WHO's health emergencies programme, said a WHO team had arrived in Italy on Monday and another was expected in Iran on Tuesday.

Ryan also cautioned over the apparent high mortality rate in Iran, where the government has reported 64 infections and 12 deaths, saying that "we may only be detecting severe cases".

He said "the virus may have been there longer than we had previously suspected", adding that transmission might have occurred through events such as religious festivals.