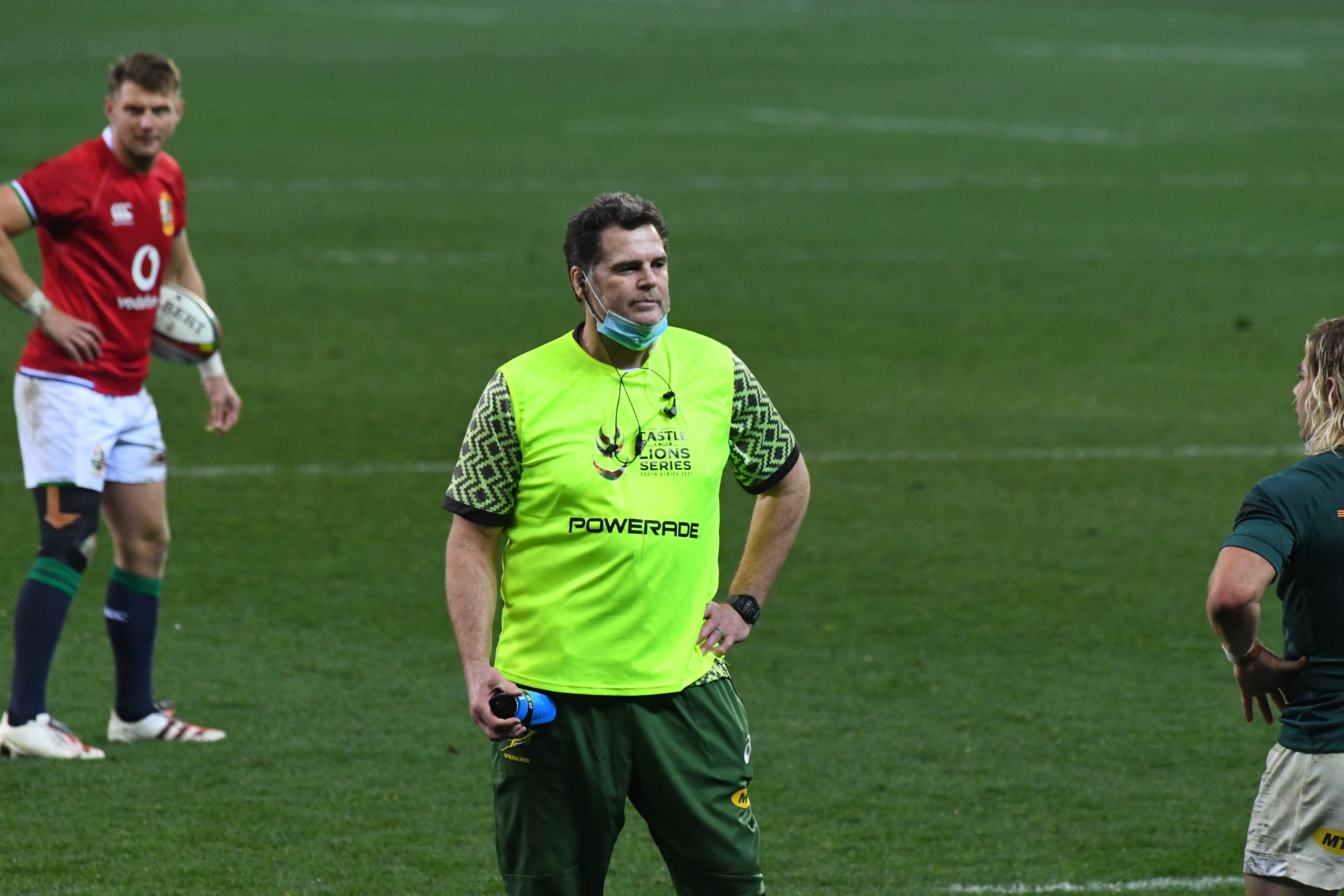 LONDON - Rugby chiefs have approved a trial to limit opportunities for non-playing personnel to access the pitch after South Africa director of rugby Rassie Erasmus operated as a water carrier to pass on advice.

Erasmus was criticised for his role in giving instructions while carrying water during South Africa's Test series against the British and Irish Lions last year.

Governing body World Rugby said that the aim of the trial, which applies to all matches after July 1, was to "improve the flow of matches by reducing unnecessary stoppages without compromising welfare".

Teams will be allowed up to two dedicated water carriers but they cannot be a director of rugby or head coach.

Water carriers will only be able to enter the field of play twice per half at points agreed with the match officials -- this can only be during a stoppage in play or after a try has been scored.

A penalty kick will be given if support staff attempt to "field or touch the ball while it is live in play" and if they approach or address match officials, unless they are medical staff.

"Helping the game to flow better while not compromising on the welfare of players is a key aim of these trials," said Mark Harrington, World Rugby's chief player welfare and rugby services officer.

"We are taking concrete action to improve the flow of rugby matches. This will be the first time teams on the field of play could be sanctioned (over) the actions of those not directly involved in the contest."