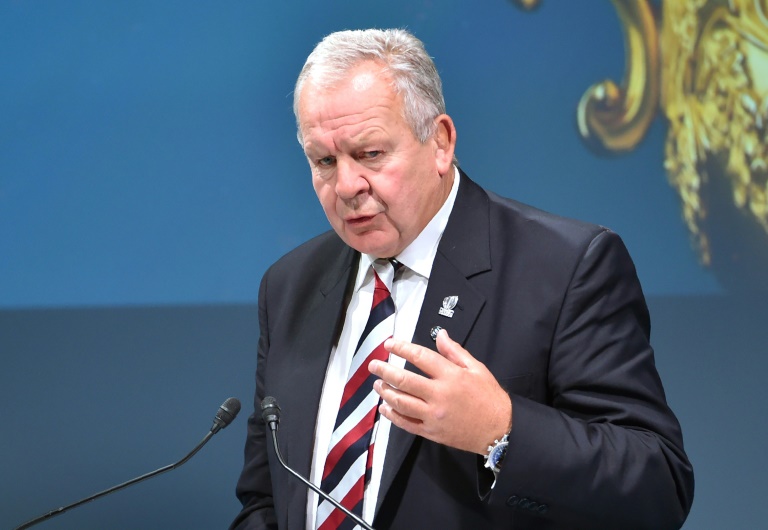 LONDON - World Rugby relaxed its international eligibility rules on Wednesday, with the global governing body also announcing England and Australia as its preferred candidates to stage the 2025 and 2027 women's and men's World Cups respectively.

From January 2022, a player will now be able to represent another country after a stand-down period of three years.

A player can move to a nation of their birth, of that of their parents' or grandparents', but can only switch allegiance once.

Under current regulations, a player is "locked" to the one country they opt to play for, although there is a loophole that allows nationality transfers should a player turn out in Olympic rugby sevens qualifiers.

World Rugby said the amendment to its eligibility regulations passed by its ruling council will "benefit players and the global competitiveness of rugby".

"We have listened to our membership and players and sought to update the regulation recognising the modern professional rugby environment without compromising the integrity of the international game," said World Rugby chairman Bill Beaumont, a former England captain.

The move has also been backed by the global players' union.

"Many players across the world will now benefit from the chance to represent the country of their or their ancestors' birth, serving as a real boost to the competitiveness of emerging nations, which in turn, will benefit the game as a whole," said International Players' Union chief executive Omar Hassanein.

There have long been concerns players from economically poor Pacific island nations were being denied the chance to represent their birthplace as a result of winning a handful of caps elsewhere while pursuing a more lucrative club career in their adopted nation.

In addition to granting England and Australia preferred candidate status, World Rugby also said they would enter into "exclusive targeted dialogue" with the United States over the hosting of the 2031 men's World Cup -- a move which could see the showpiece tournament staged in North America for the first time.

The host for the 2027 World Cup is due to be decided in May by a vote of World Rugby's council.

Being favoured by rugby chiefs as the preferred candidate is no guarantee of success -- France will stage the 2023 men's World Cup despite an official evaluation report that recommended South Africa should host the tournament.

But with the United States, who had been considering a 2027 bid, now focused on 2031, it now looks as if the men's World Cup could return to Australia for the first time since 2003, when the Wallabies were beaten by England in a dramatic final decided by Jonny Wilkinson's extra-time drop-goal.

Rugby Australia chairman Hamish McLennan, welcoming the decision, said: "This is an exciting opportunity to shape a tournament which will continue the growth of our great game across Australia, the Pacific and globally and showcase our country to the world."

In the women's game, top-ranked England, unbeaten in 18 matches, are now favourites to win next year's Covid-delayed World Cup in New Zealand.

They recently twice thrashed New Zealand, second in the global standings, 43-12 and 56-15 before ending their 2021 campaign with an 89-0 rout of the United States last weekend.