WTO agrees to lift COVID vaccine patents, but is it 'too late'? 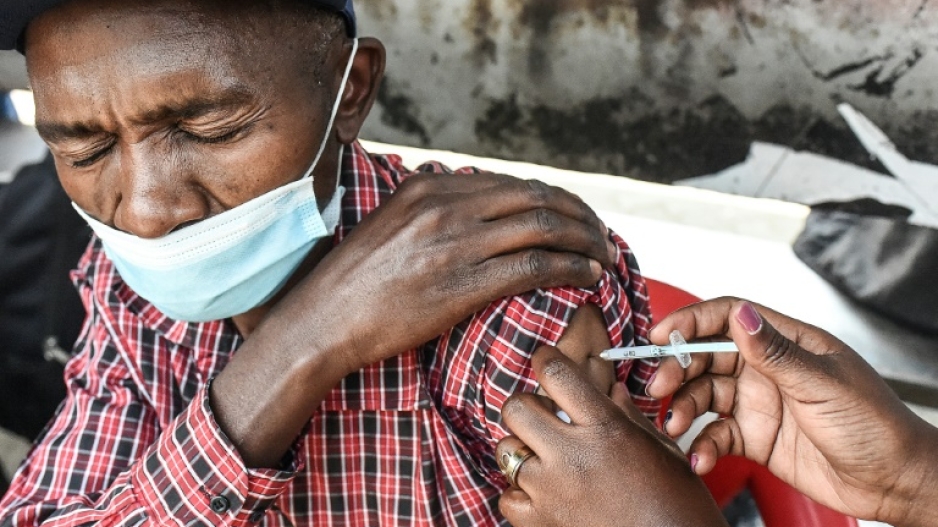 NEW YORK - The World Trade Organization agreed Friday to temporarily lift patents on Covid-19 vaccines after two years of bruising negotiations, but experts expressed scepticism that the deal will have a major impact on global vaccination inequality.

The unprecedented agreement, sealed by all 164 WTO members after late-night overtime talks, will grant developing countries the right to produce Covid vaccines for five years "without the consent of the right holder".

Since October 2020, South Africa and India have called for intellectual property rights for coronavirus vaccines to be temporarily lifted so they can boost production to address the gaping inequality in access between rich and poor nations.

But Friday's compromise fell short of their earlier requests that the waiver apply to all countries -- and also cover Covid tests and treatments.

Under the terms of the new deal, WTO members have six months to decide on whether to extend the measures "to cover the production and supply of Covid-19 diagnostics and therapeutics".

"This does not correspond to the initial request," said Jerome Martin, the co-founder of the Drug Policy Transparency Observatory, pointing to the fact that the deal only includes developing countries.

"We have to see what it does in the field, but it is not ambitious at all," he told AFP.

James Love, director of Knowledge Ecology International, said it was "a limited and disappointing outcome".

"The fact that the exception is limited to vaccines, has a five-year duration and does not address WTO rules on trade secrets makes it particularly unlikely to provide expanded access to Covid-19 counter-measures," he said in a statement.

"The pressure this week was to reach consensus in order to make multilateralism look like it works, which seems to have been the main justification for producing this decision."

Max Lawson, co-chair of the People's Vaccine Alliance and Oxfam's head of inequality, singled out Switzerland, Britain and the European Union for "blocking anything that resembles a meaningful intellectual property waiver".

"The conduct of rich countries at the WTO has been utterly shameful," he said.

"The single biggest factor affecting vaccine scarcity is not intellectual property, but trade. This has not been fully addressed by the World Trade Organization," said IFPMA's director general Thomas Cueni.

And while vaccine doses were scarce early in the pandemic, that is no longer the case.

Nearly 14 billion doses had been produced worldwide as of mid-June, according to research group Airfinity.

As supply soars, some vaccine makers like the giant Serum Institute of India have stopped producing doses due to falling demand.

Yet many developing countries still lag far behind the rest of the world in vaccination rates.

While 60 percent of the world's population has received two vaccine doses, that number falls to 17 percent in Libya, eight percent in Nigeria and less than five percent in Cameroon, according to the World Health Organization.

Pharma groups have said that the logistics involved in distributing vaccines in developing countries is a far bigger hurdle to rolling out doses.

Even India, which fought long and hard for the waiver, expressed doubts about whether the final compromise deal would have an effect.

Earlier this week, Indian Commerce and Industry Minister Piyush Goyal said that "my own feeling is, not a single factory, not one, will ever come up with the agreement that we are finally trying to negotiate and which may get approved."

"It is just too late," he said in a statement.

It marks the first time the WTO has temporarily lifted patents on vaccines, though in 2001 it set up a compulsory licensing mechanism for HIV treatments.

Francois Pochart, a patent specialist at the August Debouzy law firm in Paris, said that the new WTO agreement is "a step forward" compared to those compulsory licences.

"Countries can decide on their own without having to make a request. The real novelty is that this waiver allows the country that produces the vaccine to also export to other markets, to another eligible member," he said.

But Christos Christou, the president of Doctors Without Borders, branded the deal "a devastating global failure".

"Despite lofty political commitments and words of solidarity, it has been discouraging for us to see that wealthy countries failed to resolve the glaring inequities in access to lifesaving Covid-19 medical tools for people in low- and middle-income countries."