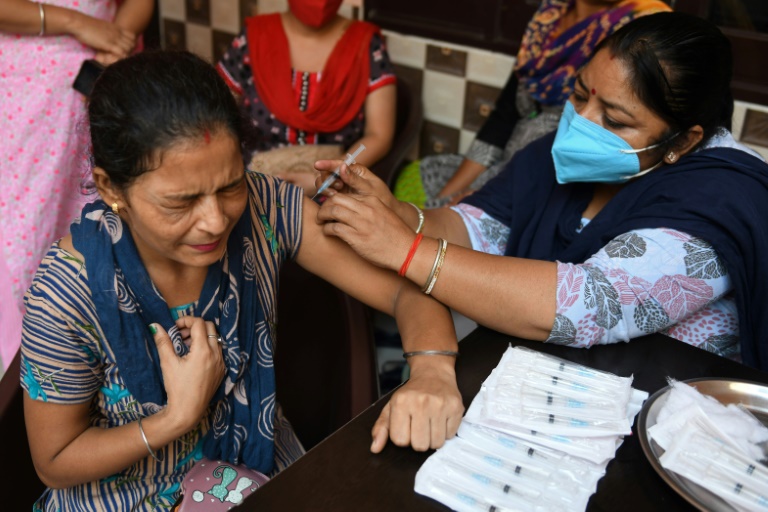 NEW YORK - The WTO's search for a role in fighting the pandemic sharpened up on Monday as ministers seek a compromise to lift intellectual property rights on COVID-19 vaccines.

The World Trade Organization's first ministerial meeting since December 2017 is wrestling with the wording of a text that would temporarily waive patents on coronavirus jabs.

It is the main pandemic-combating idea being negotiated at MC12, the global trade body's 12th ministerial conference, being held from Sunday to Wednesday at its headquarters in Geneva.

But serious objections remain from some of the countries that host major pharmaceutical companies, like Britain and Switzerland -- a problem at the WTO, where decisions are taken by consensus rather than by majority.

The world's big pharma firms are dead set against the idea, insisting that stripping patents will cripple investment and innovation.

They also say the plan -- first proposed in October 2020 when the pandemic was raging and before jabs were even rolled out -- has gone past its sell-by date as the world now has a surplus of vaccine doses rather than a dearth.

After Sunday's opening ceremony and countries setting out their positions, ministers from the 164 WTO members went into rooms at the organisation's HQ -- the grand 1920s, classical Florentine-style Centre William Rappard on Lake Geneva -- to start talking it out face to face.

This week's conference is a crunch moment for WTO chief Ngozi Okonjo-Iweala, who has staked her leadership on breathing new life into the crippled organisation, where progress has been stumbling for years.

The Nigerian former finance and foreign minister took over in March 2021 on a mission to make the WTO relevant again. 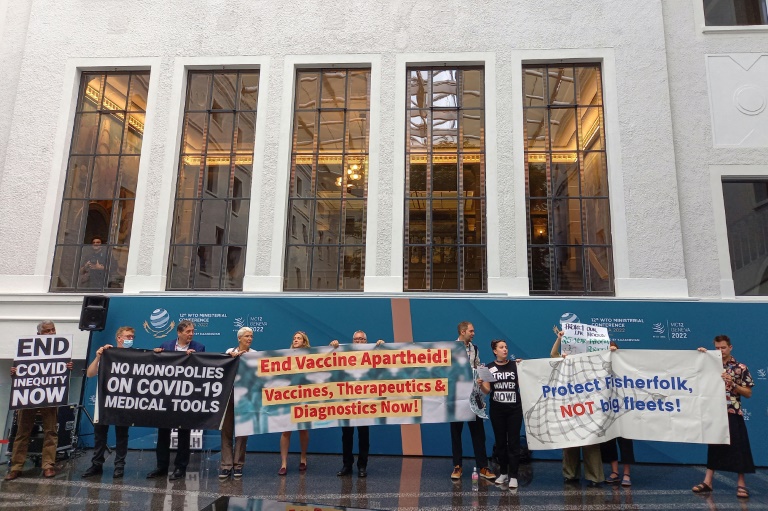 But on her 68th birthday Monday, there was no immediate sign of a breakthrough on vaccine patents.

Public interest groups say the draft text falls far short of what is needed, by time-limiting and complicating the vaccine patents waiver -- and by leaving out Covid treatments and diagnostics.

"The WTO rules are contributing to exacerbating the pandemic, because it's the WTO that enforces IP rules," demonstration organiser Deborah James told AFP.

"Folks have been campaigning on this for two years and it's been a complete wall by a few countries," she said.

"It's an indictment of the WTO system: it's completely broken, it can't respond to a pandemic, it has no ability to put anything other than maximising profits for corporations ahead of anything else."

'We are choosing death'

In October 2020, India and South Africa began pushing for the WTO to lift IP rights on Covid-19 vaccines, tests and treatments to help ensure more equitable access in poorer nations.

After multiple rounds of talks, the United States, the European Union, India and South Africa hammered out a compromise.

The text would allow most developing countries, although not China, to produce Covid vaccines without authorisation from patent holders.

Beijing has promised not to use the facilities granted to developing countries in the draft agreement, but, according to several diplomats, Washington wants this commitment in writing.

"In a pandemic, sharing technology is life or death and we are choosing death," said the UNAIDS agency's executive director Winnie Byanyima.

Besides production, a second text being negotiated seeks to tackle some of the supply constraints faced by certain countries in getting hold of Covid-fighting tools.

And beyond the pandemic, the WTO faces pressure to eke out long-sought trade deals on a range of issues and show unity amid an impending global hunger crisis.

Okonjo-Iweala voiced cautious optimism on Sunday that ministers could reach agreement on food security threatened by Russia's invasion of Ukraine, overfishing and on Covid vaccines.

She said to expect a "rocky, bumpy road with a few landmines along the way".