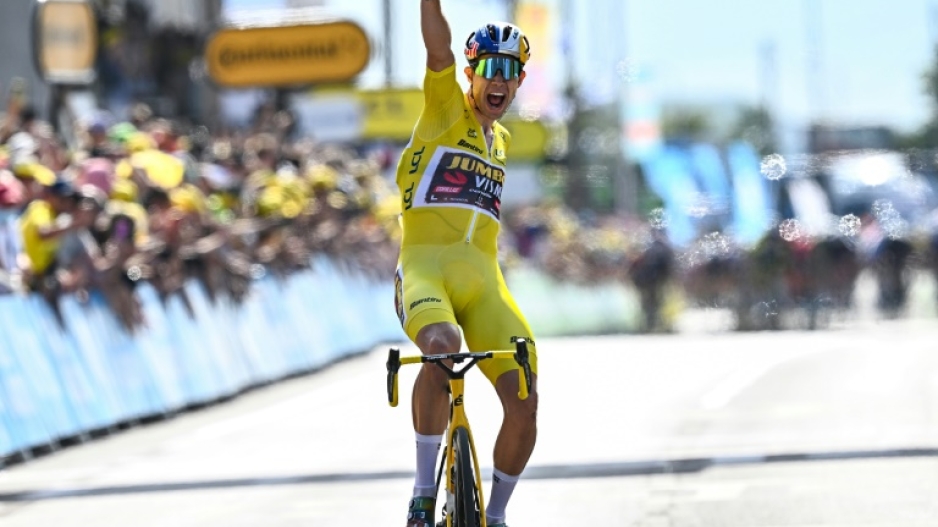 CALAIS - Belgian Wout van Aert produced a solo break for the ages to win stage four of the Tour de France and extend his overall lead in swashbuckling style on Tuesday.

After coming second on each of the first three stages in Denmark, the Jumbo-Visma man finally tasted victory when he crossed the finish line in Calais eight seconds ahead of the fast-closing peloton.

Van Aert's feat was a rare act of brilliance that will live long in the memory, and makes up for the disappointment of his three narrow misses.

"But we planned it, both for the GC and the green jersey, there were 50 points today," said the overall leader who also tops the sprint standings.

"They say third time lucky, but for me it was the fourth."

There was nothing lucky about it.

Dressed in his luminous yellow outfit as race leader, Van Aert crossed the summit first and alone after a relentless scrap up the incline.

He then powered over the final 8km at speeds up to 55km/h, waving his arms in mock flight at the finish.

"This is an exceptional, a really special moment," said Van Aert.

Van Aert leads stage one winner Yves Lampaert by 25sec in the overall standings, while defending champion Tadej Pogacar is third at 32sec.