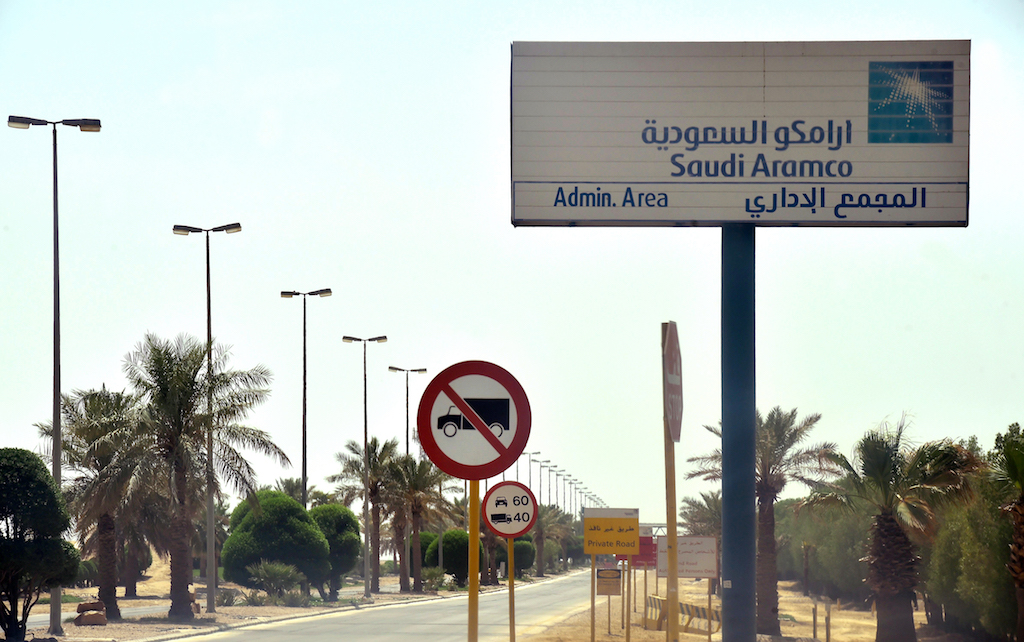 A picture taken on September 15, 2019 shows the entrance of an Aramco oil facility near al-Khurj area, just south of the Saudi capital Riyadh.

"We assure the Saudi regime that our long hand can reach any place we want at any time we choose," Huthi military spokesman Brigadier Yahya Saree said in a statement.

The US however has blamed Iran for the attacks, saying there was no evidence they were launched from Yemen.

The Huthis, who captured the Yemeni capital Sanaa in 2014, have been fighting against a Saudi-led coalition that intervened the following year in support of the internationally recognised government.

The rebels have repeatedly targeted key Saudi infrastructure in the past several months with explosives-laden drones.

Saree said the weekend attacks were carried out with a new type of drone.

"We warn companies and foreigners not to stay in the plants that we have targeted because they are still within our reach and could be targeted again," he said.

The Huthis claimed a drone strike on two oil pumping stations on Saudi Arabia's vital east-west pipeline in May, forcing a days-long shutdown.

Weeks later, they hit Shayba oilfield, one of the largest in the kingdom, which pumps some one million barrels per day.

Saudi Arabia has so far not accused any party of carrying out Saturday's attacks, but said authorities have launched an investigation to determine the culprits.

Oil prices surged by 20 percent Monday -- the biggest intraday gain since the 1991 Gulf War -- after the weekend attacks on the world's top crude exporter, fuelling fresh fears of regional turmoil and economic growth.