Yemen: the seven-year war with no peace in sight 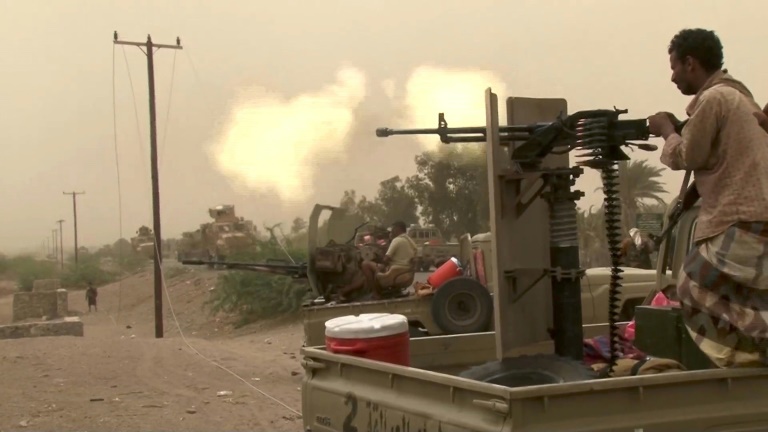 DUBAI - Seven years have passed since Huthi rebels seized the Yemeni capital Sanaa in September 2014, sparking a war that has plunged the already impoverished country into the world's worst humanitarian crisis.

Despite diplomatic efforts to stop the fighting between the Iran-allied rebels and Saudi-backed government, there is no end in sight to a conflict that has put millions on the brink of famine.

Here are some of the key questions and answers about the war in Yemen.

Analysts say the balance has tilted in favour of the Huthi rebels against the Saudi-led military coalition.

Riyadh has been leading the coalition on behalf of the Yemeni government since March 2015, and its air strikes had allowed loyalists to reclaim southern territories from the rebels, who control much of the north and large swathes of the west.

But the Huthis now appear stronger than ever, inflicting painful strikes on government forces as well as on targets in Saudi Arabia with a never-ending supply of ballistic missiles and drones.

"After seven years, we are witnessing a great shift in the balance of power, with the (anti-Huthi) camp fragmented due to the state's political leadership," Maged al-Madhaji of the Sanaa Center think-tank told AFP.

The rebels rule areas under their control with an iron fist, while disputes remain rife among members of the anti-Huthi camp, which includes the government -- unable to provide basic public services -- and the southern separatists demanding a greater political role.

- Where is the biggest battle? -

Despite heavy losses in recent months, the Huthis are again renewing their attempt to seize the city of Marib, the government's last northern stronghold.

The rebels first stepped up their campaign for Marib in February, leaving hundreds dead on both sides. Taking over the city in the oil-rich province would strengthen their bargaining position in UN peace talks.

According to Peter Salisbury, an analyst at the International Crisis Group, a lot has changed in the past seven years.

"The Huthis have gone from being a relatively contained rebel movement to de facto authorities who (control) the capital and territory where more than 20 million people live," he said.

The Huthis are battle-hardened after fighting six wars against Yemen's then-government between 2004 and 2010 and cross-border clashes with Saudi Arabia in 2009 and 2010.

"As long as there is an ongoing battle for Marib, fighting in most of the country will continue, along with increased tension and deterioration of the situation," said Madhaji.

Swedish diplomat Hans Grundberg, the UN's new envoy for Yemen, assumed his duties this week after his predecessor, Martin Griffiths, admitted his efforts over three years in the post had been "in vain".

Elisabeth Kendall, researcher at the University of Oxford's Pembroke College, said Grundberg's "main challenge will be finding a formula for a ceasefire that the Huthis can accept so that a peace process can begin".

While the United Nations and the US are pushing to end the grinding conflict, the rebels have demanded the reopening of Sanaa airport before any ceasefire agreement.

The last talks took place in Sweden in 2018, when the opposing sides agreed to a mass prisoner swap and to spare the city of Hodeida, where the port serves as the country's lifeline.

But despite agreeing to a ceasefire in Hodeida, violent clashes have since broken out between the rebels and pro-government troops around the strategic city.

Both the UN's Griffiths and Tim Lenderking, the US special envoy for Yemen, have toured the region to push peace efforts, without managing to find a resolution.

"Without considerable effort at a local level, no internationally brokered peace agreement will stick," said Kendall.

According to Madhaji, there are no positive indications in the near future.

"The situation will deteriorate further this year and the next if either party feels it is stronger than the other," he said.

"And the stronger party is usually not one to lean towards peace."