Zambians to vote in tense polls as economy struggles 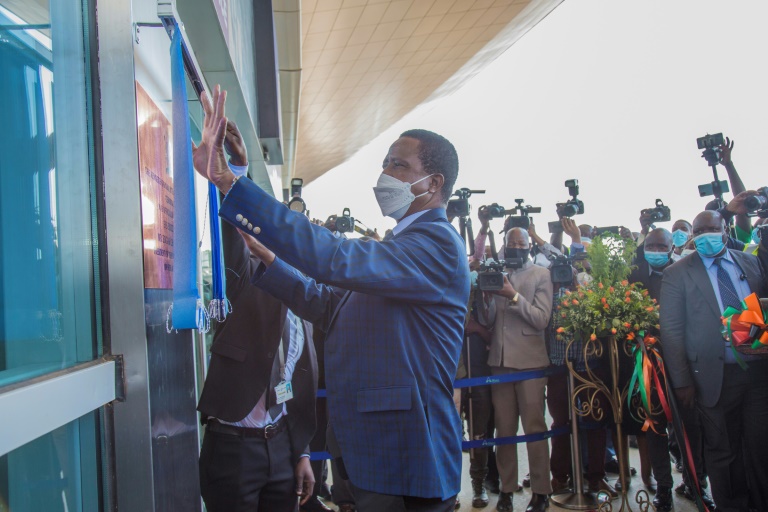 Zambia's incumbent President Edgar Lungu faces what is expected to be a close vote against challenger Hakainde Hichilema. AFP/Salim Dawood

LUSAKA - Zambians will decide Thursday whether to re-elect President Edgar Lungu after the country's worst economic performance in decades and a crackdown on dissent that has raised fears of unrest.

His main rival, in what polls suggest is a close election race, is 59-year-old Hakainde Hichilema, making his sixth run for the presidency.

Hichilema has already narrowly lost to Lungu twice: in a 2015 by-election after the death of ex-president Michael Sata and then in general polls the following year.

Lungu deployed the army following clashes between the rival supporters in the run-up to presidential and parliamentary polls, a move critics denounced as a tactic to intimidate opposition voters.

His Patriotic Front (PF) party spokesman Antonio Mwanza, claimed Tuesday that the opposition "is using violence" to "undermine the electoral process" and to intimidate people so they do not turn out in numbers to cast ballots.

Analysts say the result of the closely fought election will set the tone for investment in the copper-rich southern African nation, where more than half of its 17 million people live in poverty.

The COVID-19 pandemic meant that only door-to-door campaigning was allowed rather than mass gatherings, although politicians have rallied under the guise of mask-distribution events.

Government critics say the pandemic has been used to thwart the opposition. 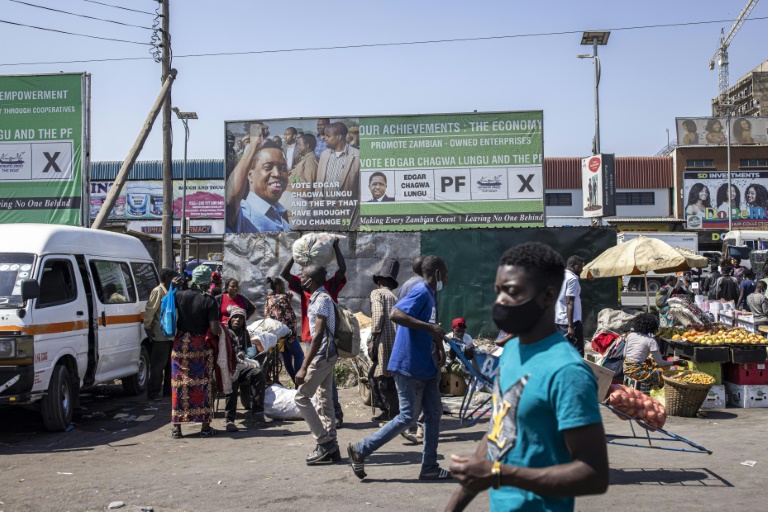 Amnesty International warned in June that repression under Lungu had pushed Zambia to the brink of a "human rights crisis", citing the jailing of opposition figures and police killings.

Hichilema himself claims he has been arrested 15 times.

The US embassy in Lusaka has urged the police and military to "apply the law equally and humanely" in the "competitive election".

While pre-election violence is not uncommon in Zambia, every transition of power has been peaceful since the former British colony adopted multi-party democracy in 1990.

Both Hichilema and Lungu are campaigning as "people's politicians" promising jobs and wealth to disillusioned voters.

Over seven million people are registered to vote with the results expected by Sunday.

On Tuesday, the electoral commission declared it was ready to deliver "a credible election".