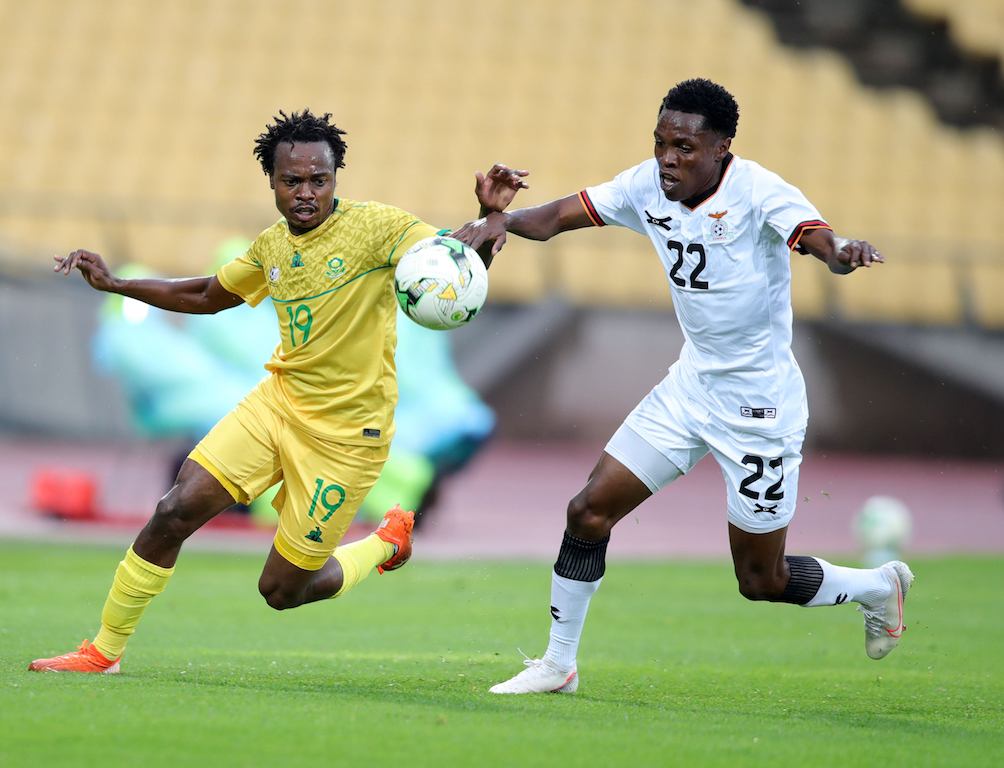 Percy Tau of South Africa challenged by Leonard Mulenga of Zambia during the international friendly match between South Africa and Zambia at Royal Bafokeng Stadium, Rustenburg, on 11 October 2020

Bafana Bafana looked to be on the way to victory when they took a second-half lead through Keagan Dolly's clinical strike.

However, Zambia had a late show in store for the deserted arena.

The home side was stunned by that goal and never recovered.

Chipolopolo took advantage of more naive defending from the hosts as Chaniza Zulu finished from close range to grab what would be the winner.

Bafana Bafana were held to a 1-1 draw by neighbours Namibia midweek.

South Africa's two friendlies have shown the need for improvement.