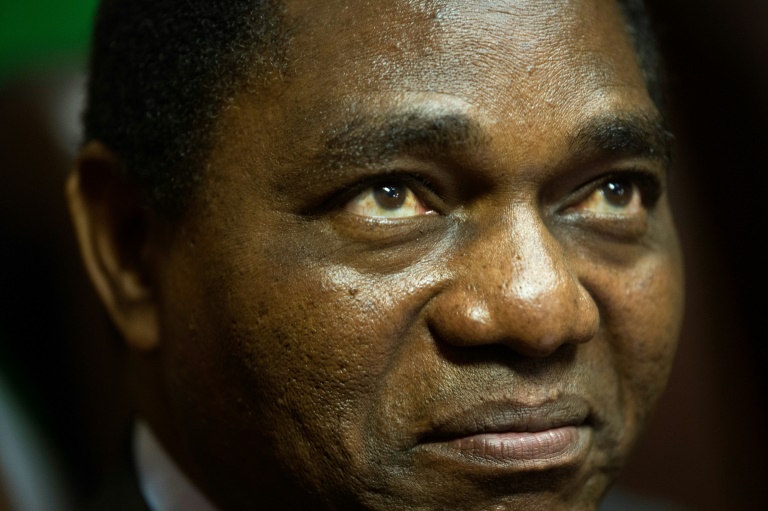 JOHANNESBURG - President Hakainde Hichilema on Thursday said his new government was on the fast track to restoring Zambia's credibility and creditworthiness after inheriting an economy strapped for cash and crippled by debt.

Previous governments had failed to unlock bailouts in tough talks with creditors and in 2020, Zambia became Africa's first country to default during the Covid pandemic.

He told AFP in Johannesburg that the deal was evidence that the copper-dependent economy was at last starting to turn around.

Inflation -- at 15.1 percent, according to official figures -- is now the lowest in nearly two years, and the local kwacha currency has appreciated for the first time in 17 years, he said.

"The debt crisis is one that would have sent a new leadership into a crisis" but "we went on to manage that default quickly," he said.

He said previous governments had tried "for seven, 10 years" to enter into an agreement with the IMF, yet his team had concluded it within a few months.

It was about "credibility, seriousness, walking the talk, there's no question about that," he said.

Hichilema, a businessman turned politician, swept to power on promises to revive the economy, root out graft and woo back scared investors to Africa's second biggest copper producer.

"It was never going to be easy", he said, proudly chronicling some of his achievements this far. In the case of the kwacha, the currency gained 27 percent against the greenback in 2021, according to market data.

"But we know how tough it is. Some things will take slightly longer because the hole is deeper, but we have to dig ourselves out of that hole together," Hichilema cautioned.

He said he had also delivered on a promise to offer free primary and secondary school education.

Retired public workers, he said had not been paid for 20 years, received a first payout last month despite his government inheriting a "largely empty treasury."

Despite being a "new kid on the block... I'm learning at the same time, I'm sending a message to colleagues that we can do better," he said.

"As a continent, we can be defined differently. We shouldn't be defined by military coups" but by "constitutionalism, respect for human rights, democratic space, inclusion, not exclusion."

He was in South Africa on a private visit, as a guest at the launch of a book titled "Expensive Poverty" by Greg Mills. He also held talks with President Cyril Ramaphosa on Wednesday.