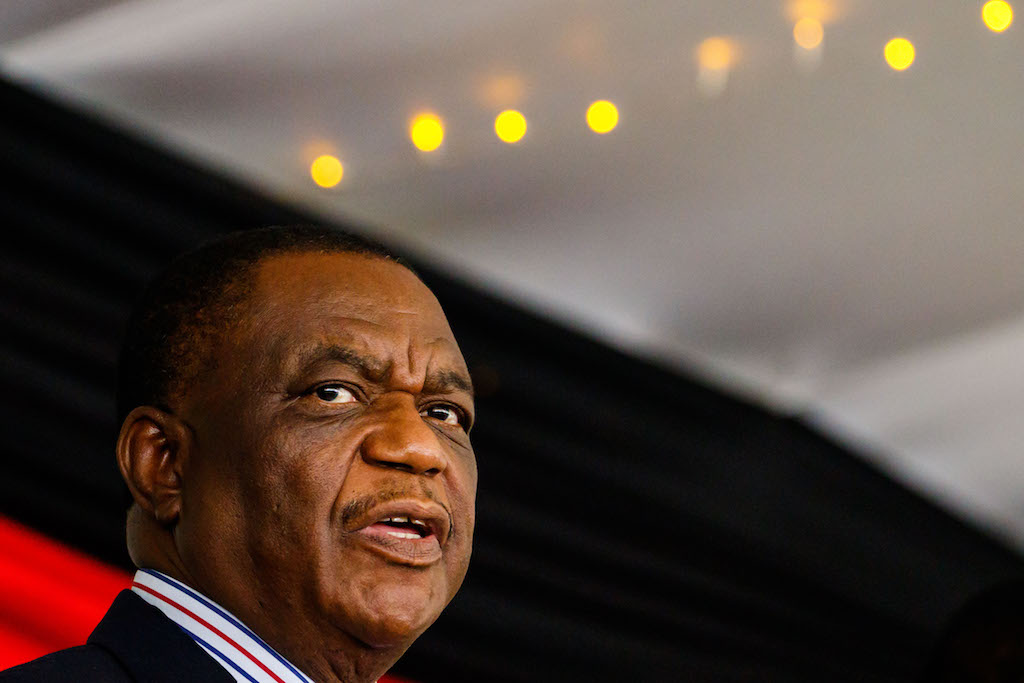 HARARE - Zimbabwe's President Emmerson Mnangagwa on Tuesday appointed his deputy Constantino Chiwenga as the new health minister, tasking him with reforming a decaying health sector amid a rise in COVID-19 infections and strikes by health workers.

Chiwenga replaces Obaddiah Moyo who was removed from the post last month after allegations of corruption.

In his new role, Chiwenga will be required to "stabilise, restructure and reform" the national healthcare system, the government said in a statement.

The main opposition Movement for Democratic Change (MDC)immediately criticised the appointment, saying Chiwenga was not the right man for the job in a time of the coronavirus pandemic.

Zimbabwe has recorded more than 4,000 COVID-19 cases and 80 deaths and health officials say infections will continue to rise for some time.

The MDC said in appointing Chiwenga, Mnangagwa had shown a "gross display of incompetence."

Chiwenga spent four months in China receiving medical treatment for an unknown illness until November last year. He has returned three times since then for medical check-ups, according to government officials.