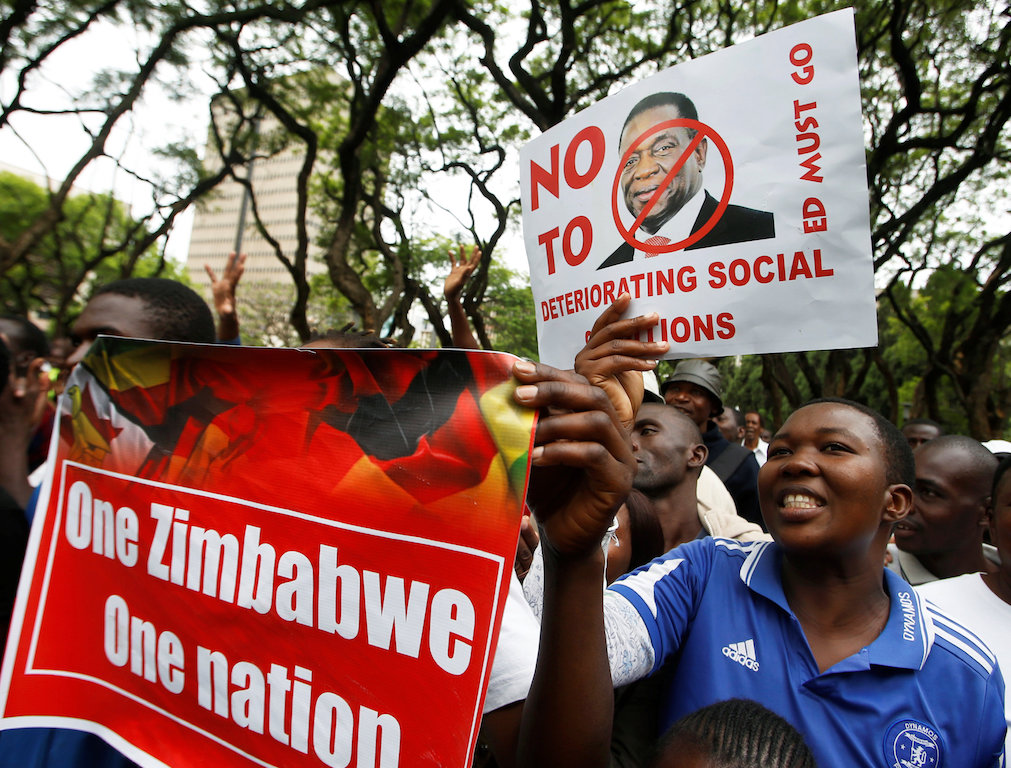 HARARE - Police in Zimbabwe arrested a senior opposition official on Thursday on charges of failing to stop a banned protest last week in the capital, his lawyer said.

The Movement for Democratic Change (MDC), which accuses President Emmerson Mnangagwa's government of repression and economic mismanagement, called a demonstration last Friday as the start of a nationwide protest movement but it was banned by the police.

But some opposition supporters still turned up for the protest and were subsequently dispersed by police who used batons, teargas and water cannon.

Amos Chibaya, the MDC national organising secretary and convener of the planned protests, was questioned by police and detained in a cell overnight, lawyer Obey Shava told Reuters. Chibaya is expected to appear in court on Friday.

"The police are saying he failed to take proper steps to stop a demonstration. They have refused to let him go so he has been locked up," Shava said.

Separately, Chibaya is facing trial on subversion charges linked to violent protests in January that prompted an army crackdown that led to the deaths of more than a dozen people.

Other protests that were planned by the MDC in other cities this week were also halted by the police and courts. The party said hopes were fading that the government might become more tolerant of dissent than the one it had replaced.

The opposition said four more officials were abducted in the second city of Bulawayo from their homes by unknown armed men, following similar incidences in the capital reported by rights groups last week.

The government said in a statement that police were investigating a report of a female comedian who was kidnapped and assaulted by unknown armed men on Wednesday night. The comedian has been critical of the government and police in her skits.