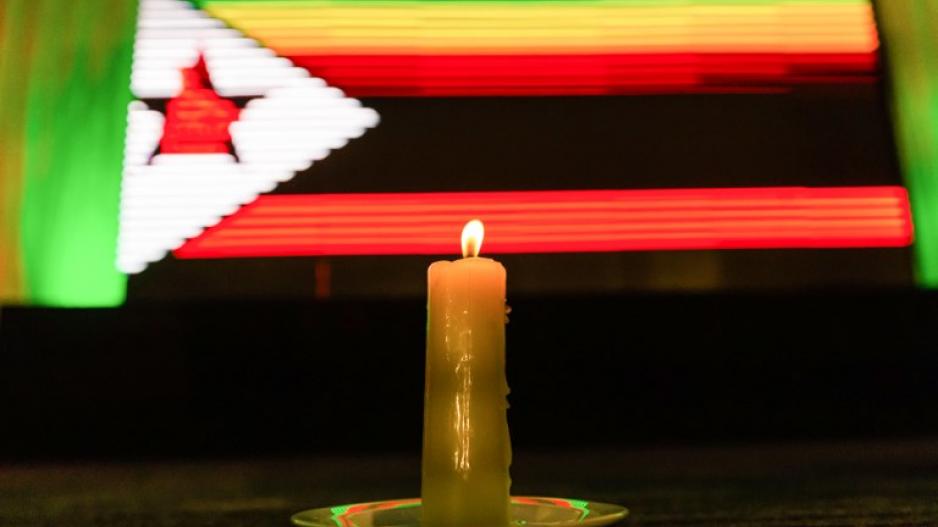 A picture shows a candle lit for peace with Zimbabwe national flag in the background during a meeting organised by a coalition of Christian churches to facilitate dialogue between political party leaders in the country, on February 7, 2019, in Harare.

ZIMBABWE - The UN and Zimbabwean authorities on Thursday launched an urgent appeal for $234 million (R3,315-billion) for more than five million people in need of aid.

Funds are needed to "provide urgent food, health, water, sanitation, hygiene and protection support for 2.2 million people of the 5.3 million people in need over the next six months," the United Nations said in a statement.

Zimbabwe's roughly 17 million people are in the grip of a crippling drought and a sagging economy.

"In areas across the country, there are acute shortages of essential medicines, and rising food insecurity has heightened the risk of gender-based violence, particularly for women and girls," the statement said.

A government document seen by AFP said that around 7.5 million people in both rural and urban areas will require food aid between February 2019 and March next year.

"I am releasing $10 million today as a first contribution to the appeal," Lowcock said during the launch of the appeal in Harare.

Lowcock earlier held talks with President Emmerson Mnangagwa and the ministers of foreign affairs and finance.

During the talks he "urged the government to find ways of engaging with people about legitimate grievances -- including through national dialogue on the economic challenges the country is facing."

He also called on the authorities "to investigate all reports of violence in a prompt, thorough and transparent manner."

In January, protests erupted nationwide after Mnangagwa announced fuel prices would double in a country already battling inflation and shortages of basic necessities.

Troops and police were deployed following widespread looting and rioting. At least 17 people died and hundreds were injured, dozens of them with gunshot wounds, when protests were crushed.

Shortly after landing in Harare on Wednesday, Lowcock visited families in the poverty-stricken area of Epworth, which saw some of the fiercest violence during the January upheaval.

"I'm concerned about the suffering of the people in Zimbabwe because of the economic crisis and the erratic rains," said Lowcock during his visit there.

Zimbabwe's economy has been on a new downward spiral since 2012. In January, annual inflation shot to 57 percent from 42.09 percent in December 2018, according to official figures.