Zim police ban striking doctor from being treated in SA 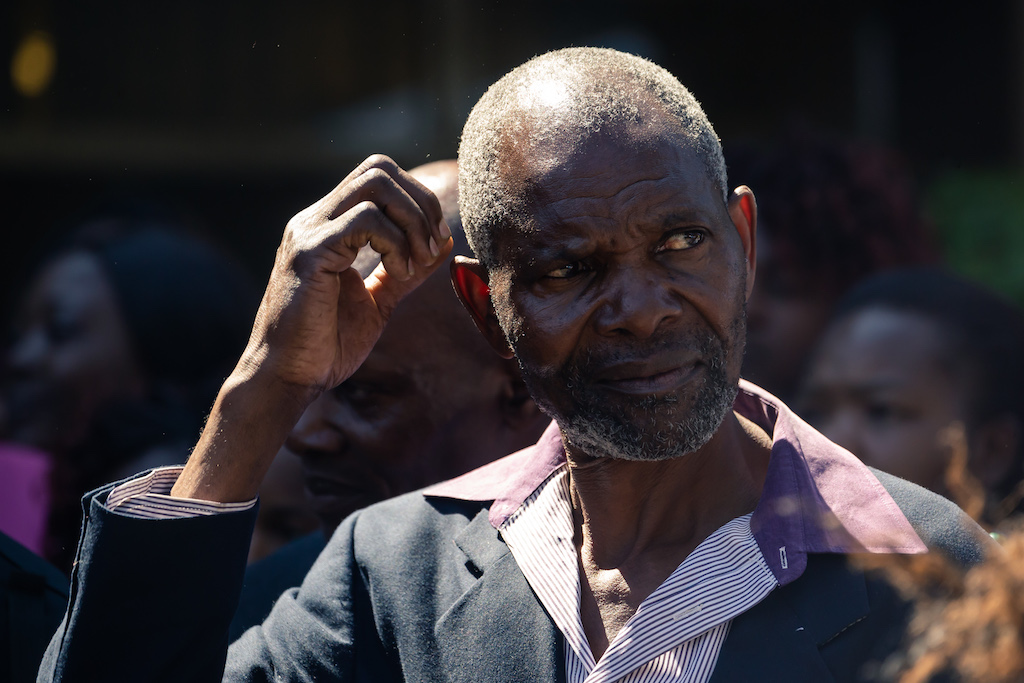 Peter Magombeyi's father (R) listens to solidarity speeches during a protest of doctors and medical staff for the safe return of Dr Peter Magombeyi, the leader of the Zimbabwe Hospital Doctors Association (ZHDA,) on 18 September 2019, in Harare.

On September 8, Peter Magombeyi, a doctor, claimed he was receiving "death threats".

His last WhatsApp message said: "I have been kidnapped by three men."

Magombeyi was found on Thursday night, 30 kilometres from the capital Harare.

He was alive and deeply traumatised.

On Tuesday afternoon, dozens of policemen went to the Harare hospital where Magombeyi was undergoing treatment to prevent him from leaving for South Africa, one of his lawyers said.

Earlier in the day, a Harare court had ruled that Magombeyi should be allowed to go to South Africa for treatment.

"The order stops the police from blocking Dr Magombeyi from travelling to SA to seek medical attention," his lawyer Alec Muchadehamawho told AFP.

"More ZRP anti-riot reinforcements have arrived where police officers are preventing @DMagombeyi from leaving for the airport to board an evening flight to South Africa to access specialist medical treatment," the Zimbabwe Lawyers for Human Rights group tweeted.

The doctor himself tweeted: "When Peter was in prison, prayer was made without ceasing of the church unto God for him (Acts 12). THANK YOU EVERYONE. I am humbled! Love u."

Hundreds of medics had taken to the streets to demand the authorities investigate Magombeyi's disappearance.

They accused security forces of kidnapping their colleague for heading the Zimbabwe Hospital Doctors Association, which had called work stoppages to demand pay rises.

Zimbabwe's once-vaunted public health system has deteriorated after years of neglect and doctors complain about lack of supplies and poor conditions.

Striking doctors were demanding salary increases in a country still struggling with high inflation and fuel and food shortages after decades of economic crisis under former president Robert Mugabe, who died on 6 September.