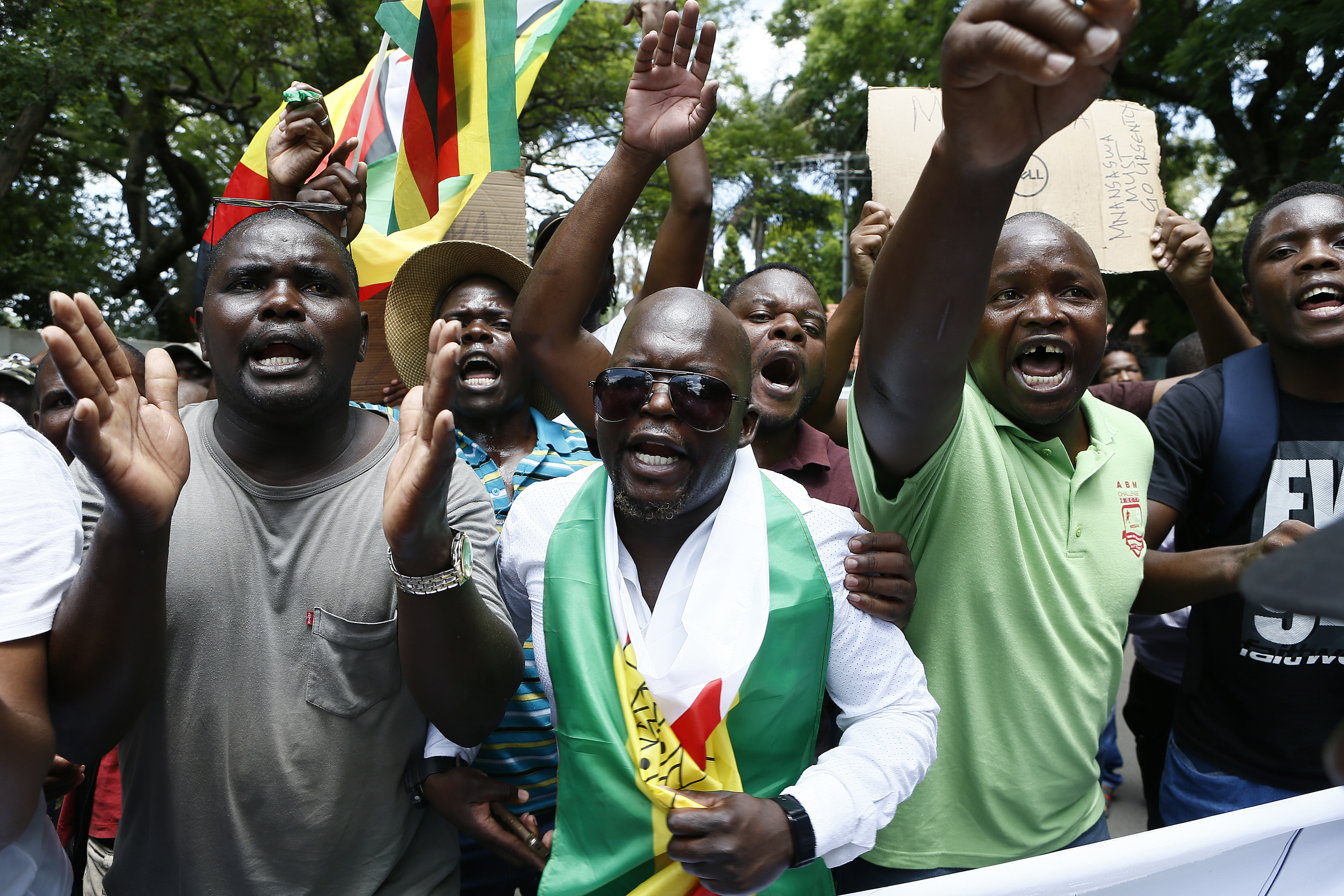 File: Widespread protests are expected throughout Zimbabwe on Friday despite emerging reports of abductions and torture of activists.

HARARE - Zimbabwe's government has pledged to "thoroughly" investigate allegations of abuse and rape levelled against its security forces during a brutal crackdown to quell last week's anti-government protests.

Nationwide demonstrations erupted last week after President Emmerson Mnangagwa announced on January 12 that fuel prices were being more than doubled in a country suffering from spiraling inflation and regular shortages of necessities.

READ: Warnings of a humanitarian crisis in Zimbabwe

Furious demonstrators took to the streets in several cities and towns with widespread rioting and looting before soldiers and police brutally put down the protests at the cost of at least 12 lives, according to NGOs.

Hundreds of people were injured, including dozens from bullet wounds.

"The government wishes to assure the public that all allegations of misconduct against any of our security services will be thoroughly investigated and that the law will be allowed to take its course," Justice Minister Ziyambi Ziyambi said in a statement on Friday.

He said complaints should be lodged with the police and also assured that they would be treated with "impracticality and sensitivity", but many Zimbabweans fear retribution and find reporting such cases daunting.

In a separate statement, Home Affairs Minister Cain Mathema acknowledged reports of "alleged rape, sexual abuse and assaults that have been perpetrated by security forces during the recent operation".

But he said only one report had been received so far.

He also referred to media footage of women who claimed they were raped by security forces during the widespread clampdown.

"We take these rape allegations very seriously and investigations will be instituted immediately once complainants file reports with the police," Mathema said.

"We are therefore making a passionate appeal to all citizens of Zimbabwe to come forward and report any cases of sexual abuse, rape or misconduct by the security forces to the police," said Mathema.

Army spokesman Alphios Makotore earlier this week issued a statement alleging that "bogus" elements in military uniform were engaging in violence and placing the "image of the organisations into disrepute".

Police said that more than 1,100 people have been arrested since the unrest began and hundreds have been moving through the courts for summary trials, according to lawyers.