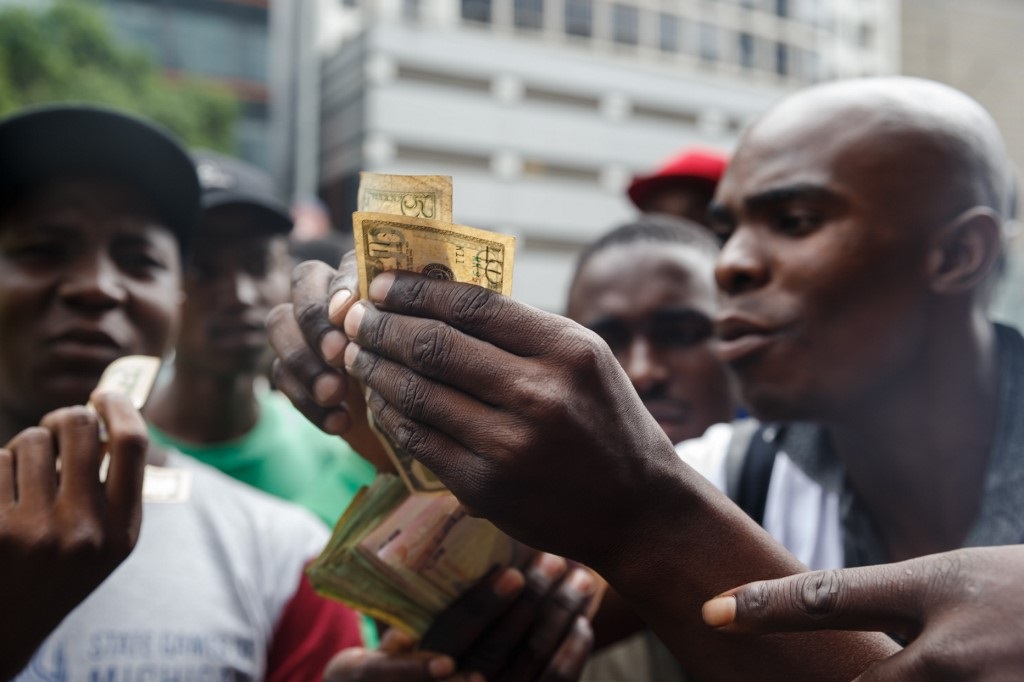 Public transport drivers complain about having to pay for fuel in US dollars at a fuel station, on January 11, 2019 in Harare.

Official figures published on Monday showed annual inflation almost doubled to 175.66% in June, piling pressure on a population struggling with shortages and stirring memories of the economic chaos of a decade ago.

Hope that the economy would quickly rebound under President Emmerson Mnangagwa, who replaced the long-ruling Robert Mugabe after a November 2017 coup, has turned to frustration as the country struggles with shortages of dollars, fuel and medicines.

Leaders of government workers' unions marched on the ministries of finance and labour in Harare on Tuesday to present their wage demands.

"Civil servants are not asking for a salary increment, but rather restoration of the value of their earnings, which fell from at least US$475 to a mere US$47 currently for the lowest paid civil servant," read part of the workers' petition.

The government on Tuesday offered a 50% increase to July's pay as a cushioning allowance that will then be replaced by a monthly cost-of-living adjustment that would amount to $116,50 (US$13.20) per person per month, said the Apex Council of unions representing government workers.

Public sector workers had wanted a wage increase of at least $475 a month for the lowest paid.

The Apex Council "totally rejected" the offer and declared to government that civil servants are now severely incapacitated, it said, intimating that workers would be unable to go to work.

Leaders of the unions on Tuesday's march stopped short of declaring a full-on strike while negotiations are continuing.

The lowest-paid government worker earns 430 Zimbabwe dollars a month, enough to buy a vehicle tyre, and faces increasing inflationary pressures. The government increased the price of fuel at the weekend and is looking to raise electricity prices in the coming weeks.

"As workers, we refuse to be sacrificed ... if our petition is not received favourably, we will bring the entire civil service out to protest," Alexander said, addressing a group of workers outside the building housing the Ministry of Finance.

The last union strike over a sharp rise in fuel prices in January turned deadly after an army crackdown on protesters left more than a dozen people dead.