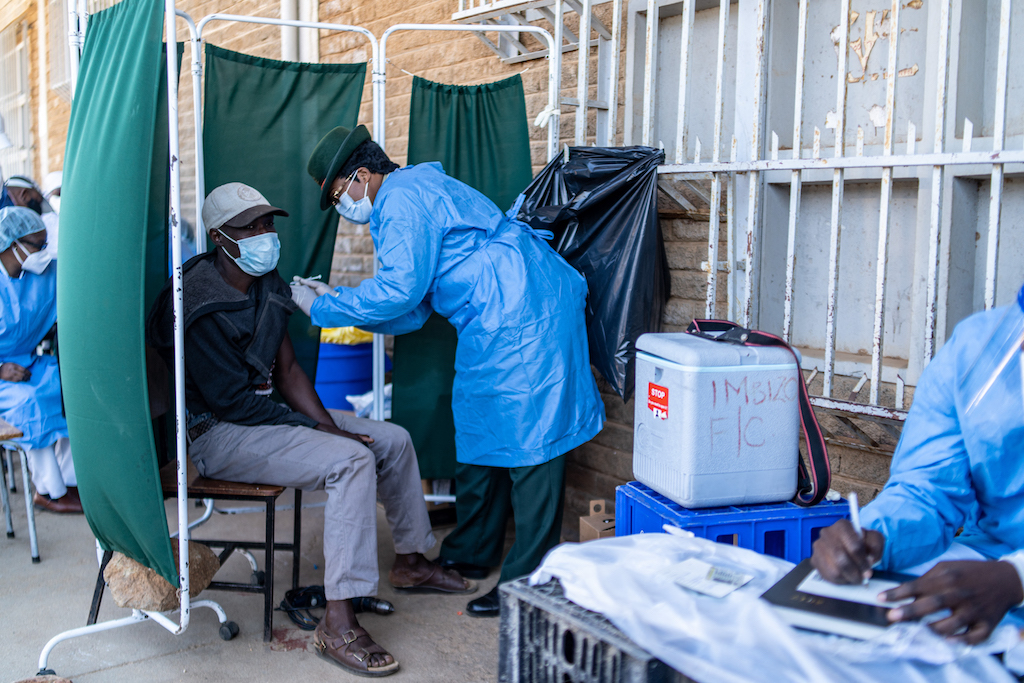 A member of the Zimbabwe National Army vaccinates a citizen at a mobile clinic in Bulawayo. AFP/Zinyange Auntony

HARARE - Zimbabwe reported a sharp rise in coronavirus infections despite measures to stem the spread of the virus, a day after it identified its first case of the new Omicron variant.

After South Africa alerted the world to the new strain of Covid last week, dozens of countries imposed travel bans on southern Africa, including Zimbabwe.

South Africa led a chorus of criticism over the bans, but Zimbabwe's President Emmerson Mnangagwa instead imposed his own restrictions.

WATCH: Zimbabwe civil servants must get the jab

On Tuesday, he required a 10-day quarantine for all arrivals in the country, extended a night-time curfew, and required proof of vaccination to visit bars or clubs.

But one case of Omicron was confirmed on Thursday, and infections are soaring.

The country has limited health surveillance systems, and the huge jump in cases has alarmed authorities.

"We are now in a particularly dangerous period once again," Health Minister Constantino Chiwenga said.

As in neighbouring South Africa, a large cluster of infections appears to have emerged among students.

Many are also worried that, under the new quarantine requirement in Zimbabwe, the country's large migrant population in South Africa will become stuck at the land border after crossing back over for the Christmas holidays.

The country is also among several countries in the southern African region facing travel bans by Western countries including the United States and Britain.

International airlines including Qatar Airways and Emirates have also halted flights to the country.