UN expert: Zimbabwe sanctions should go as they only worsen crisis 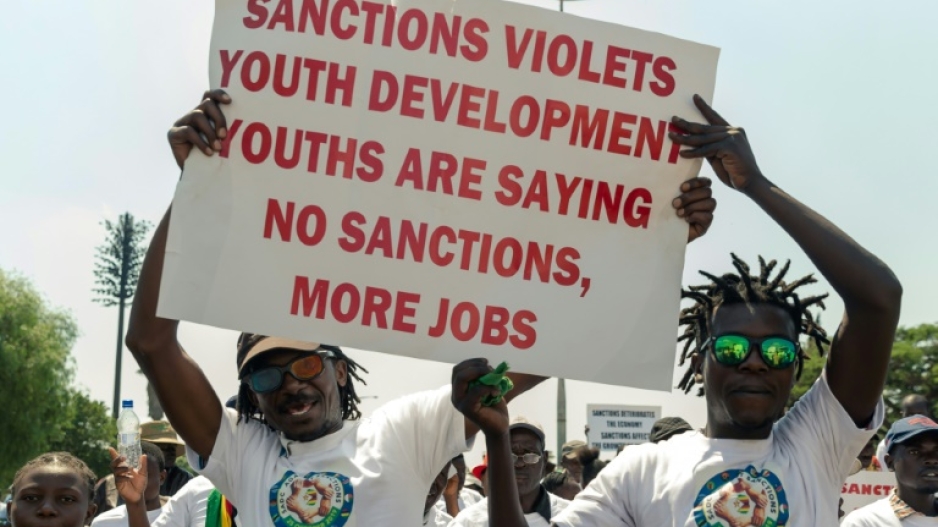 Sanctions are hurting ordinary Zimbabweans as banks and foreign investors shy away from the country to avoid the risk of penalties for breaking them. AFP/Jekesai Njikizana

HARARE - Sanctions against Zimbabwean politicians and institutions should be scrapped because they worsen pre-existing social and economic woes in the troubled southern African nation, a UN expert said.

At Harare's invitation, UN Rapporteur Alena Douhan, concluded a 10-day visit to Zimbabwe to investigate the impact of sanctions imposed by the US and the European Union over rights abuses allegations.

The restrictions, which include travel bans, are regularly reviewed.

"Over the last 20 years, sanctions and various forms of over-compliance with sanctions have had an insidious ripple effect on the economy of Zimbabwe and on the enjoyment of fundamental human rights, including access to health," Douhan said in a statement.

Foreign companies, including banks, steered clear of risking penalties by breaching the sanctions. As a result, 87 corresponding financial institutions have quit the country since 2001, she said.

READ: US hits Zimbabwe minister with sanctions over protest crackdown

"The US and other states should lift their sanctions on targeted individuals and entities and end over-compliance," she said.

"The time is ripe for sanctioning states and key national stakeholders to engage in a meaningful structured dialogue on political reform, human rights and the rule of law, and abandon rhetoric on sanctions as an advocacy tool," she said.

During the visit, she held talks with government officials, political parties, civil society and rights activists, as well as trade unions, business and banking representatives.