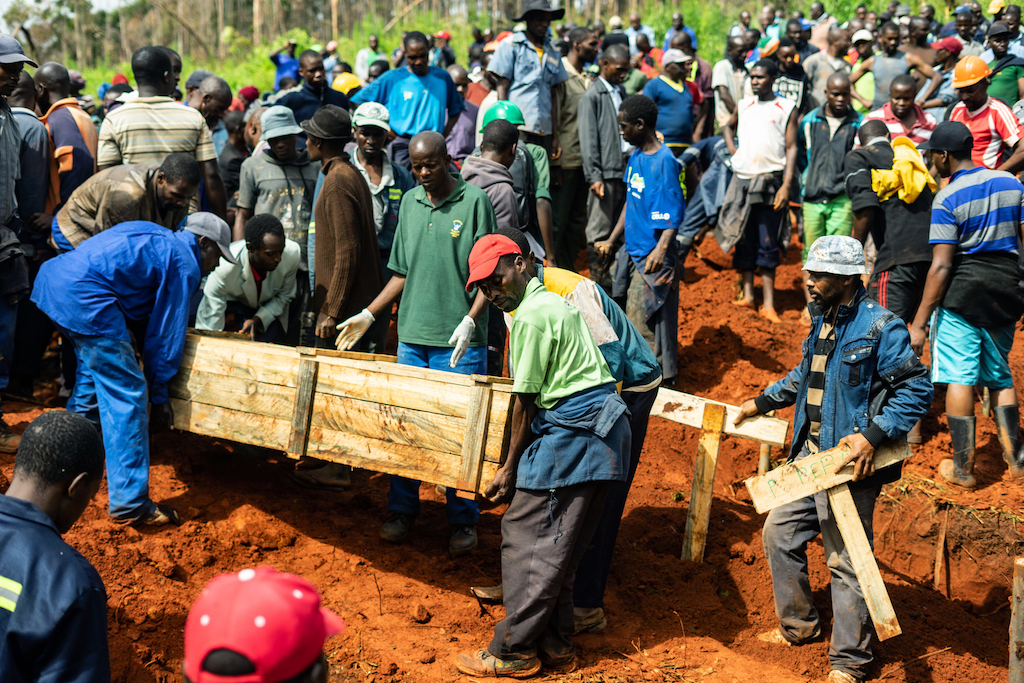 File: People carry coffins as mourners attend multiple burials at the Chimanimani Heroes Acre after the area was hit by Cyclone Idai.

HARARE - Zimbabwe appealed for $613-million in aid from local and foreign donors to cover food imports and help with a humanitarian crisis after a severe drought and a cyclone that battered the east of the country.

An El Nino-induced drought has wilted crops across Zimbabwe and left about a third of its 15 million people in need of food assistance, according to a UN agency.

The situation was worsened when Zimbabwe, along with Mozambique and Malawi, was last month battered by Cyclone Idai, leaving hundreds of thousands needing food, water, and shelter.

An appeal document given to reporters by the ministry of information showed the government is seeking about $300-million in aid for food while the rest would fund emergency shelters, logistics, and telecommunications among other needs.

Hundreds of people have died in Mozambique and Malawi and the death toll in Zimbabwe was now 344.

Meanwhile, Information Minister Monica Mutsvangwa said the cabinet had hiked the maize price paid to farmers by 86 percent to $232 a tonne and maintained a subsidy for millers in a bid to keep the price of the staple maize meal down.

The RTGS dollar was trading at 3.12 to the US dollar on Tuesday on the bank market and at 4.4 on the black market.

The government is the sole buyer and seller of maize in Zimbabwe through the state-owned Grain Marketing Board.