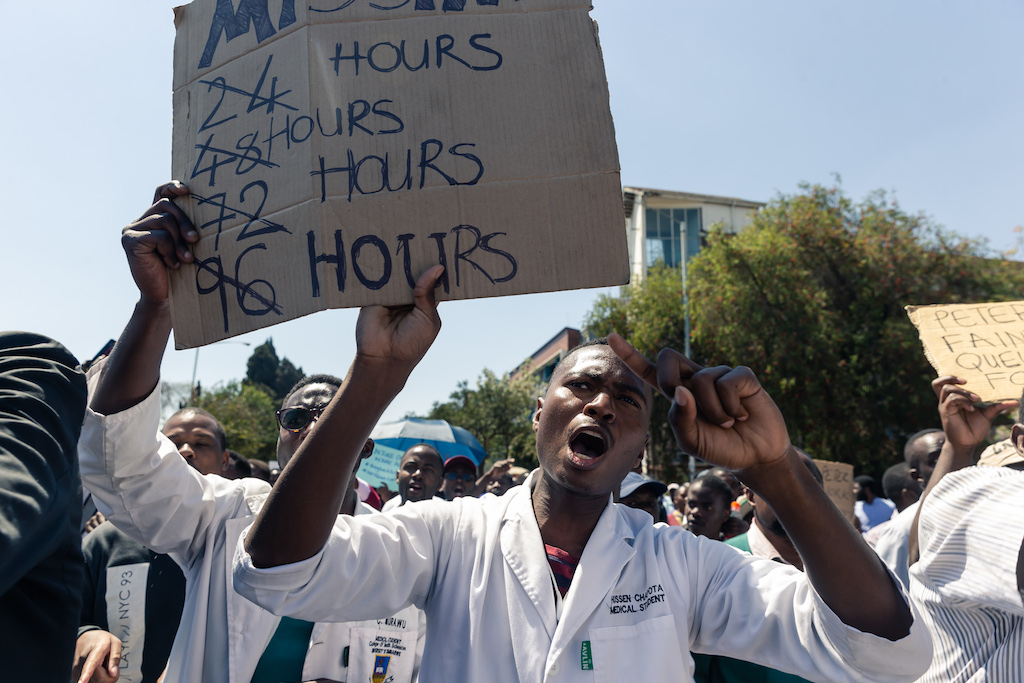 File: The strike by junior and middle-level doctors has paralysed state hospitals.

HARARE - Senior doctors at Zimbabwe's public hospitals went on strike to protest against the dismissal of junior colleagues who have boycotted work over pay for nearly three months, deepening a crisis in the country's health sector.

Senior doctors had continued to provide emergency services after their junior colleagues stopped working on 3 September to demand higher pay. At least 448 junior doctors have been fired and many more are awaiting disciplinary hearings.

"We are no longer able to offer any emergency services as from the 26th of November 2019 ... until all the fired doctors are reinstated and there is adequate redressal of their incapacities," the Senior Hospital Doctors' Association (SHDA) said in a statement.

An SHDA spokesperson would not say how many of the 200 senior doctors, including specialists, had gone on strike.

The strike by junior and middle-level doctors has paralysed state hospitals, used by Zimbabwe's poor majority. Even before the strike, the hospitals had already been struggling with shortages of drugs and other basic products.

Health Minister Obadiah Moyo told a post-cabinet media briefing that he was not aware of the strike by senior doctors and said the government would continue its disciplinary action against those who were boycotting work.

Moyo said the government would this week post advertisements to fill vacancies left by the sacked doctors. However, Zimbabwe already has a shortage of doctors, with many having gone abroad to seek better opportunities.

Critics say President Emmerson Mnangagwa has failed to keep promises he made in last year's election campaign to revive the economy by pushing through reforms, attracting foreign investment and rebuilding collapsing infrastructure.