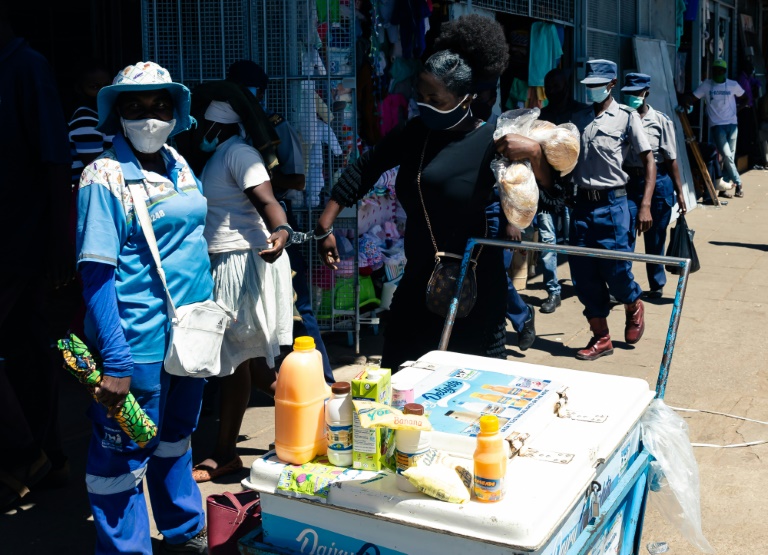 Spiwe Tembo, an informal trader who makes her living selling buns, is handcuffed to another vendor after being arrested by police in Harare. AFP/Jekesai Njikizana

HARARE - For years, Zimbabwean single mother Spiwe Tembo would sell buns on the streets of central Harare, earning enough to feed her three children. But her fortunes have dived.

Since authorities banned street hawkers a year ago as part of a raft of measures to limit the spread of Covid-19, she plays cat-and-mouse with the police who comb the streets to rid them of vendors.

"Things are tough," the 34-year-old said, waving a packet of large buns to potential customers on a busy street in a part of Harare that locals call "Third World" because it is always teeming.

"We get arrested by the municipal and national police," she said.

"Almost daily I pay bribes to police officers to avoid getting arrested."

On the days she doesn't have any cash, the inevitable happens and she is arrested and her wares seized.

That is when she calls friends or relatives "to come to the police station and pay the fine for me".

Yet she never gives up.

"The next day I start from scratch after borrowing money from relations or friends," she said.

It doesn't get better and on many days she returns home empty-handed.

She has been forced to send her children to live with relatives because she cannot afford their upkeep. 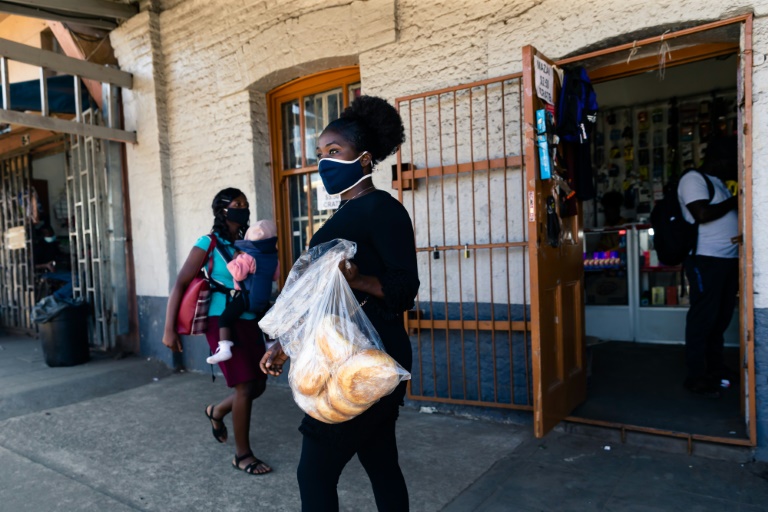 Emily Chipwanya, whose husband is a government clerk, has for years been selling cold beverages in central Harare to supplement her husband's meagre income.

"Before COVID-19 we sold a lot because many people came into town," she said, carrying a small bucket of ice-cold drinks.

But sales have plummeted.

As if that is not enough "now we get arrested. We don’t know what to do to earn a living," she said.

She nostalgically reflects on the past when "we used to have proper meals" in the morning, afternoon and evening. "Now it's one meal a day".

Kenneth Tauro  (26) had a thriving stall selling second hand clothes in Harare’s largest township at a market called Mupedzanhamo or "the place where poverty ends" in the local Shona language. It has been closed for a year.

He now tries his luck at an informal market in the high-density suburb of Epworth. But business is bad and he says he earns less than 10 percent of his pre-pandemic income. 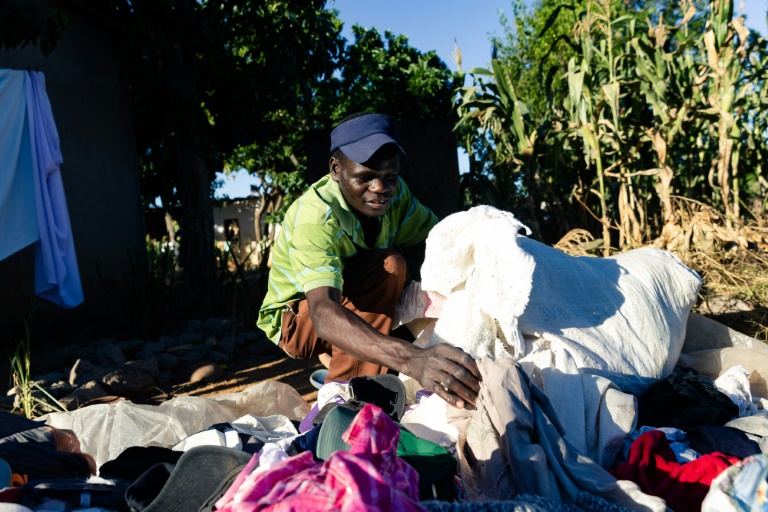 "I can't remember when I last had three meals," said Tauro.

COVID-19 has killed at least 1,500 people and infected 37,875 out of Zimbabwe's 14 million population and sunk millions deeper into poverty in a country that was already in the throes of an economic crisis.

The UN World Food Programme in a recent report, noted "a sharp decline in the standard of living" among the urban poor, with hunger increasing and leaving 2.4 million people struggling to meet basic needs.

"Lockdowns imposed to contain the spread of COVID-19 have dealt a severe blow to poor urban communities, many of whom were daily wage earners living hand to mouth," WFP said. 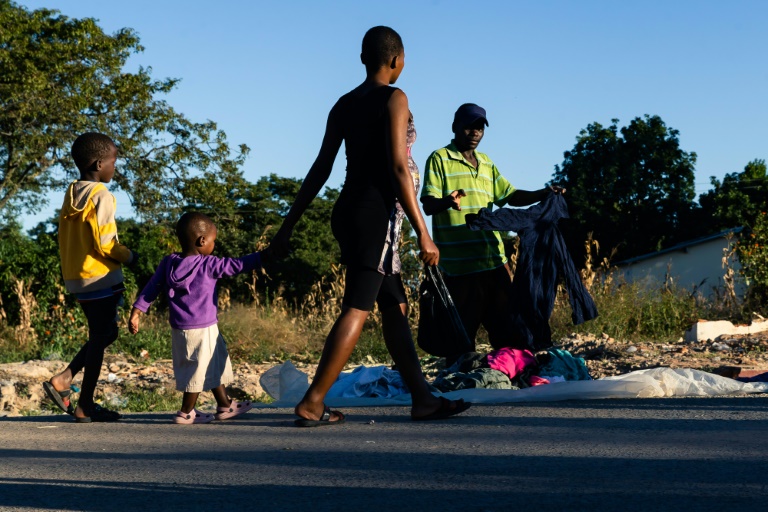 He said the cash-strapped government should introduce social security to cushion those working in the informal sector.

But that would be the majority of Zimbabweans as less than 10 percent of employable people have proper jobs.

Zimbabwe’s economy has been struggling for over a decade with hyperinflation and an economic downturn.