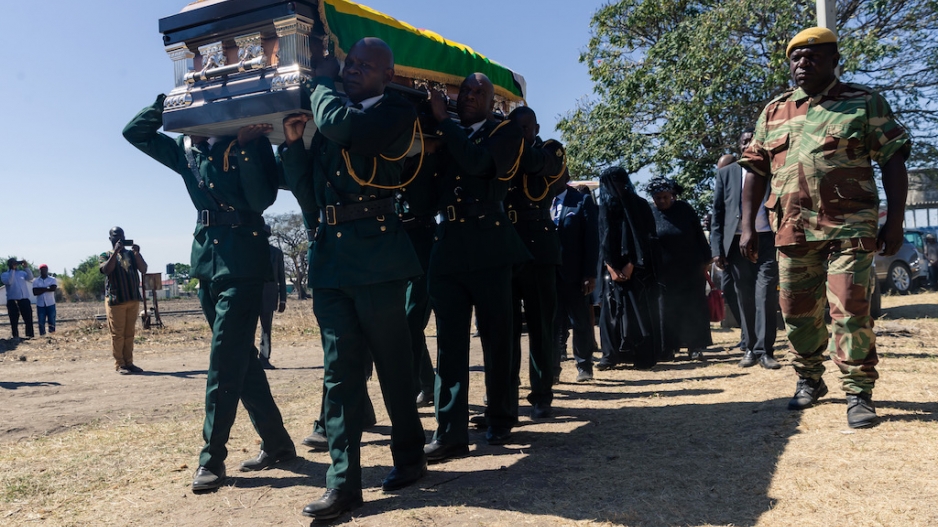 The coffin of former president of Zimbabwe Robert Mugabe arrives for his burial at his home village in Kutama. AFP/Jekesai Njikizana

HARARE - A Zimbabwean court has ordered former President Robert Mugabe’s body be exhumed for reburial at the national heroes' shrine in Harare.

Three of Mugabe's children challenged the traditional chief's order for his body to be exhumed and reburied.

Bona, Bellarmine and Tinotenda Mugabe filed a court application, arguing that traditional Chief Zvimba acted outside his jurisdiction when he approached a village court to hold a hearing into Mugabe's burial.

Mugabe died in 2019 at the age of 95 and was buried in the courtyard of his home, 90 kilometres west of the capital Harare.