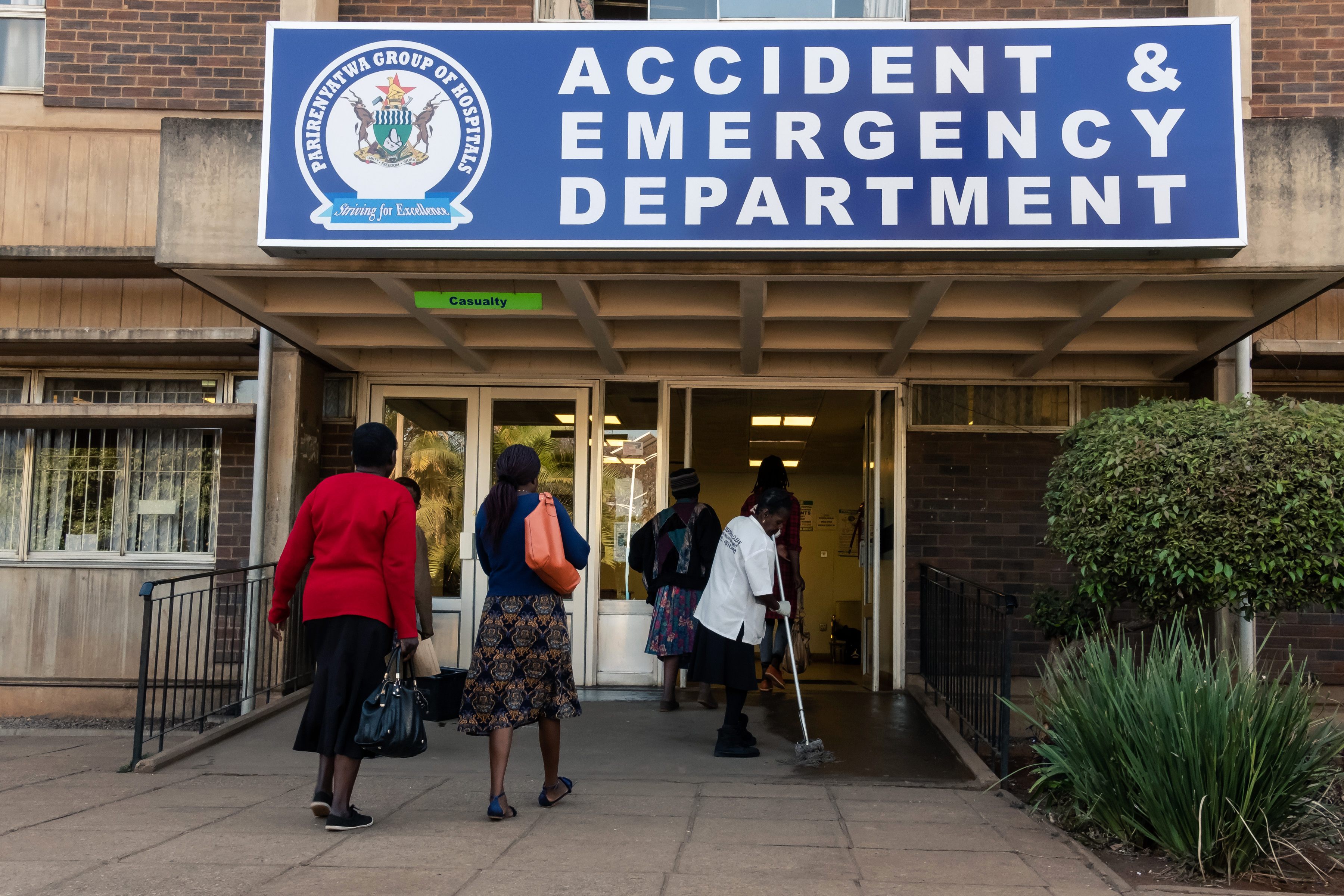 File: Anti-riot police blocked the entrance to Parirenyatwa Hospital in Harare as hundreds of nurses picketed inside.

HARARE - Zimbabwean nurses stopped work at a major government hospital in the capital Harare on Wednesday, demanding to be paid in US dollars because soaring inflation has drastically reduced the value of their local-currency salaries.

They began their protest despite concerns about the impact on Zimbabwe's fight against the COVID-19 pandemic, which has infected 387 people and killed four in the southern African country.

Anti-riot police blocked the entrance to Parirenyatwa Hospital in Harare as hundreds of nurses picketed inside.

Some of the nurses held placards with slogans including "Should we go into prostitution to pay rent?" or "My body is tired, I am struggling."

The government said last week it would soon start salary negotiations with workers paid by the state but that it cannot pay their wages in US dollars.

Dongo said the least-paid nurses were earning a net monthly salary of 2,000 Zimbabwe dollars and warned that the boycott could continue beyond Wednesday and spread to other hospitals.

The Zimbabwe dollar is pegged at 25 to the United States dollar but trades at around 80 on the black market. Businesses calculate prices using black market rates.

Inflation has risen to 785 percent. The price of bread and sugar increased by at least 30 percent this week alone.