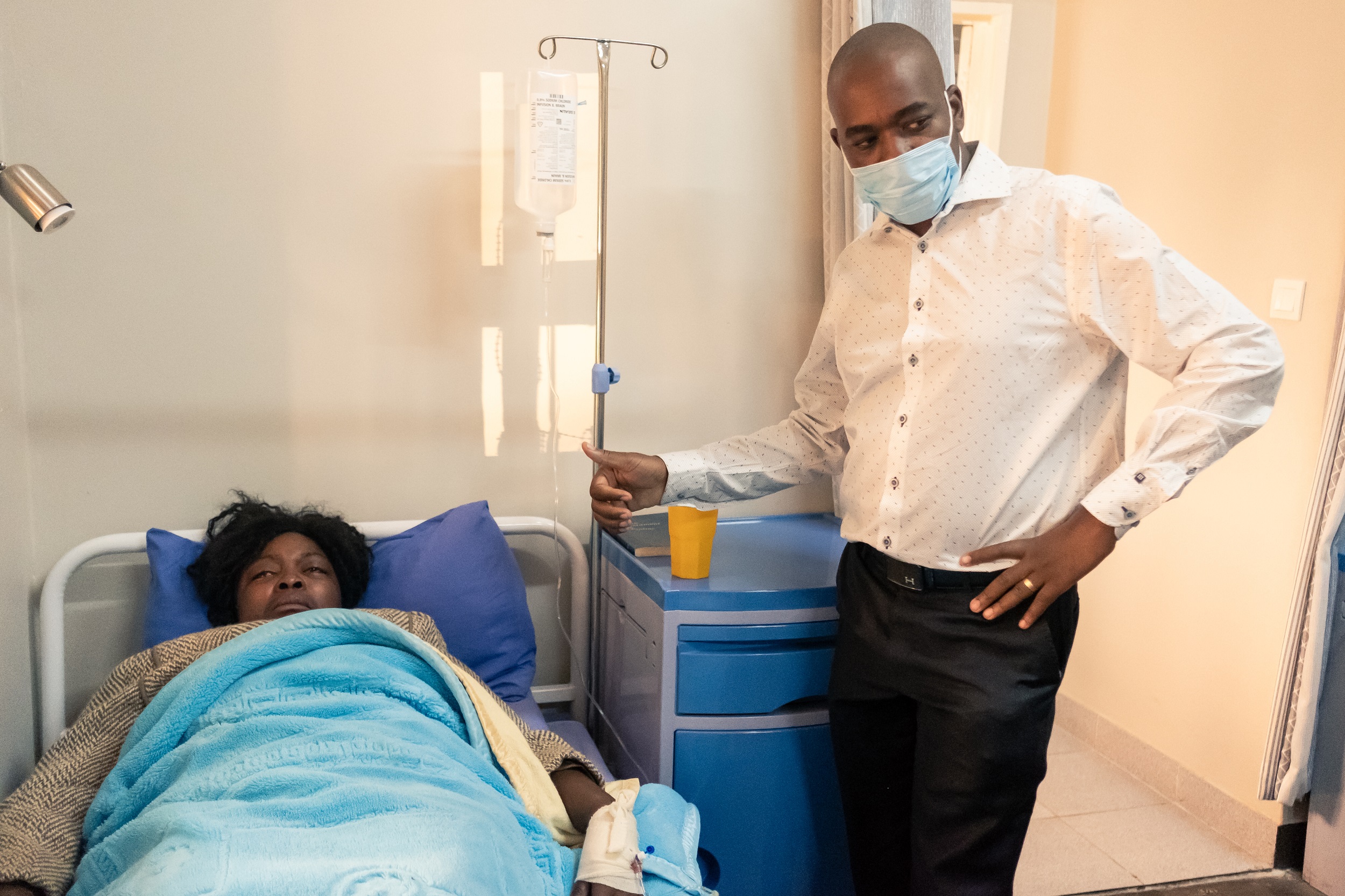 HARARE - Three Zimbabwe opposition youth leaders were beaten and sexually assaulted before being dumped on a road outside the capital Harare, their party said.

Joanna Mamombe, Netsai Marova and Cecilia Chimbiri claim they were abducted by police at a Movement for Democratic Change (MDC) party protest in Harare on Wednesday. The prominent members of the MDC's youth wing went missing for two days.

"They tell us they were taken into police custody... thoroughly beaten, thoroughly assaulted and even sexually abused," MDC leader Nelson Chamisa told reporters after visiting the trio in hospital.

Chimbiri recalled the ordeal from her hospital bed, where she was recovering from multiple beatings.

"They took us to the central police station and the next thing we knew we were in a black lorry," Chimbiri said between sobs.

"They told us to put our heads down and they were stamping on us. We didn't know what was going on."

The European Union on Friday said it was "deeply concerned" about the "torture and humiliation" reported by the MDC members and urged authorities to investigate their "enforced disappearance".

"The party calls upon all the progressive forces for democracy, both nationally and internationally, to confront this ever-growing trend of state-sanctioned forced disappearances," said MDC social welfare secretary Maureen Kademaunga.

"Zimbabweans have a legal right to join, form or participate in activities of political parties of their own choice," she added, calling for "disciplinary action" against the perpetrators.

The national police spokesman did not immediately respond to AFP requests for comment.

In a series of tweets, police denied involvement and said the three were neither detained or in custody.

The government has also rejected the MDC's claims.

"The three women were part of a group of MDC youths that defied the lockdown laws in the country and took part in an illegal demonstration," information secretary Nick Mangwana said in a statement, adding that police started looking for them after they failed to show up for questioning.

"We are calling on the three citizens to work with the law enforcement agents in order to bring the truth to light," Mangwana added.