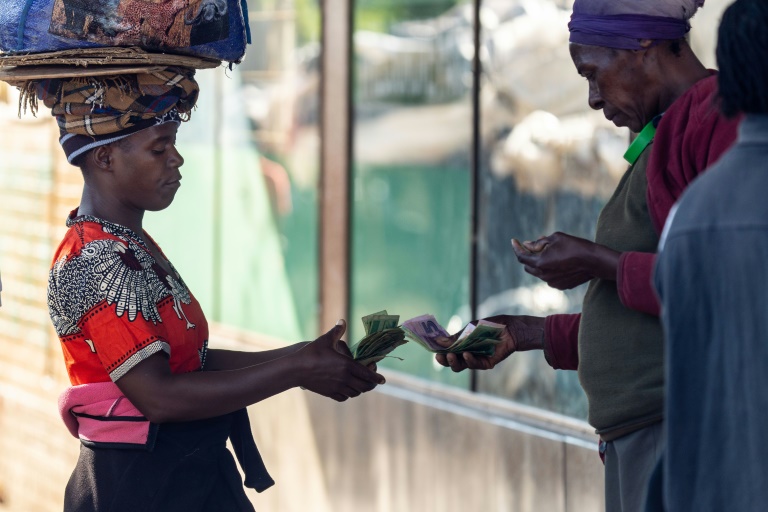 Zimbabwe has been reintroducing its own currency since February 2019. AFP/Zingyange Auntony

HARARE - Zimbabwe's central bank announced the introduction of a new 50-dollar note, the country's highest denomination, worth only around $0.60 in US currency.

Insufficient to pay even for a loaf of bread, the bill's entry into circulation has revived memories of hyperinflation seen more than a decade ago in the southern African nation.

As price growth spiralled out of control, denominations at the time mounted as high as a 100-trillion-dollar note.

Award-winning journalist and government critic Hopewell Chin'ono scoffed at the new banknote, which at the unofficial black market exchange rate will be worth just $0.35 in US dollars.

"It tells you something about inflation in your country if you need 3 notes of your highest currency denomination to buy a premium beer in a supermarket," tweeted Chin'ono.

The new note is the latest and most valuable in a series introduced from February 2019 as Zimbabwe moved back to using local currency.

US dollars had been used since 2009, when the country trashed its own worthless units after hyperinflation reached 500 billion percent.

Now the new denomination is stoking fears of a return of the kind of hyperinflation that wiped out savings and collapsed the economy, with head-spinning daily leaps in the prices of goods and services.

Last year Zimbabwe's inflation rate soared to more than 800 percent, but it has begun easing with the June year-on-year rate officially at 106.64 percent, according to the National Statistical Agency.

The central bank had forecast inflation to slow to 55 percent in July.