Zuma denies he has Gaddafi millions 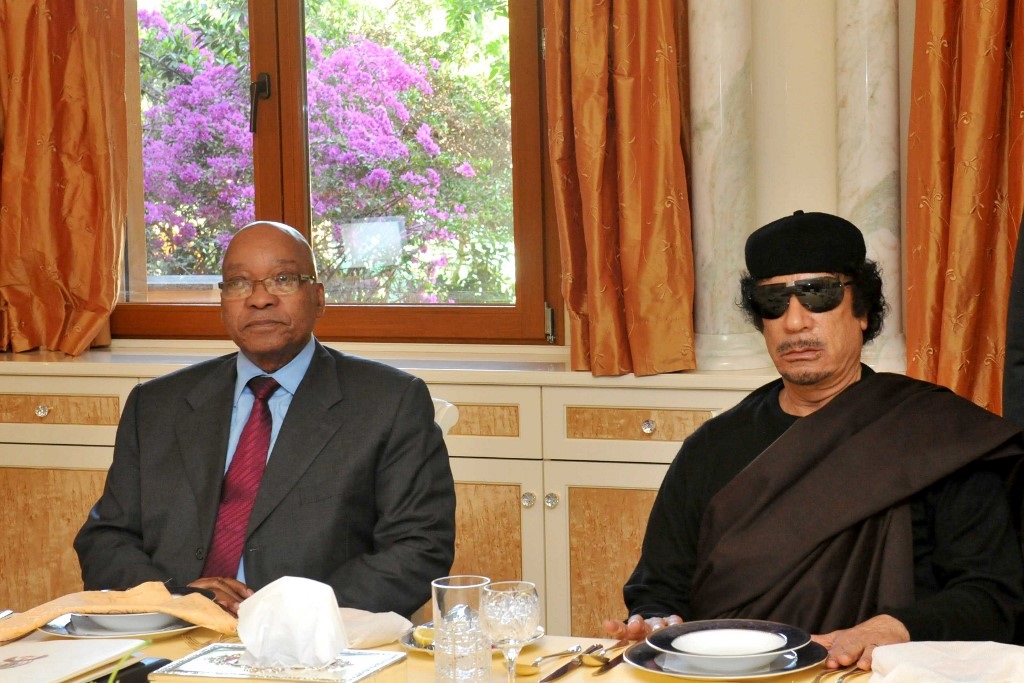 File: The Sunday Times at the weekend reported that before he was captured and killed in 2011, Muammar Gaddafi had given the funds for "safekeeping" to former president Jacob Zuma.

JOHANNESBURG - Former president Jacob Zuma has denied allegations by a local newspaper that he is in possession of $30-million (R418,5-million) belonging to the late Libyan dictator Muammar Gaddafi.

The Sunday Times at the weekend reported that before he was captured and killed in 2011, Gaddafi had given the funds for "safekeeping" to Zuma, when he was president of South Africa.

The paper said Zuma had stashed the money at his home in the southeastern village of Nkandla before moving it to neighbouring eSwatini, formerly known as Swaziland.

"Former president Zuma is not aware of any money directed to his Nkandla home from former president Gaddafi, nor has he ever received funds from Gaddafi," the ex-president's foundation said in a statement.

Zuma himself tweeted sardonically on Tuesday that he was surprised to hear that he was keeping $30-million when he was in need of cash to pay for legal bills to fight graft charges.

The eSwatini government spokesman Percy Simelane also refuted the existence of Zuma's money in his country.

READ: Zuma hits back at his critics

South African Foreign Affairs Minister Lindiwe Sisulu on Sunday said "there is no money that we are aware of.

"I have not found any money that belongs to Libyans. If the Libyans make a request for us to investigate this matter, we will."