#eNCA senior reporter Siphandla Goge gives us the latest from the High Court in Pietermaritzburg. Former president, Jacob Zuma, is requesting a postponement of his corruption trial. Zuma's legal counsel is seeking a postponement, Arguing Zuma should be allowed to testify in person. #DStv403

PIETERMARITZBURG - Jacob Zuma's long-running corruption trial resumed Monday, with the ex-president appearing virtually from jail in a bid to avert more of the violence that swept South Africa after he was imprisoned in a separate case.

Zuma's lawyers sought to have the case postponed by up to three weeks because of the unrest and pandemic, giving time for the trial to resume physically.

Judge Piet Koen adjourned the case and said he would make a ruling on Tuesday at 0800 GMT.

Security was tight around the High Court in the southeastern city of Pietermaritzburg, capital of Zuma's home region of KwaZulu-Natal, where loyalists have previously gathered, but barely any supporters turned out on Monday.

Zuma, 79, faces 16 charges of fraud, graft and racketeering related to the 1999 purchase of fighter jets, patrol boats and equipment from five European arms firms when he was deputy president.

He is accused of taking bribes from one of the firms, French defence giant Thales, which has been charged with corruption and money laundering. 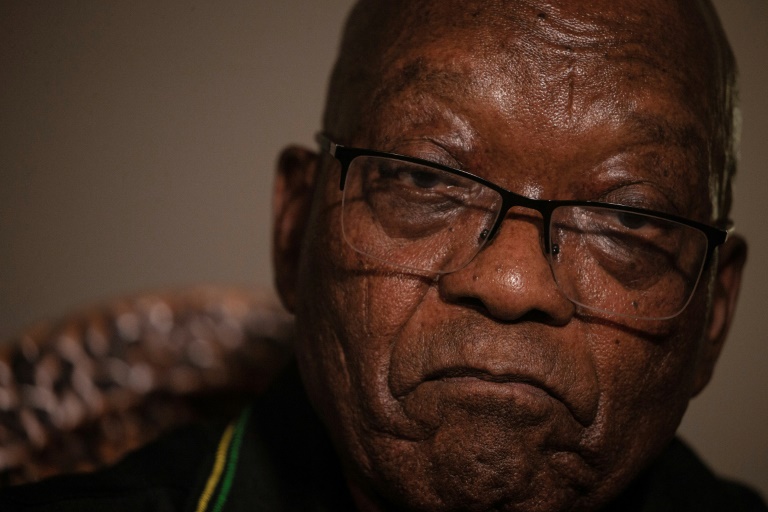 The trial started in May after numerous postponement and delays, as Zuma's legal team battled to have the charges dropped.

An emotionless Zuma made a virtual appearance from prison in the nearby town of Estcourt, sitting on a black office chair in a white-walled room, clad in a black suit, white shirt and red tie.

He had proclaimed his innocence when he appeared in person for the opening in May. Thales has also pleaded not guilty.

On June 29, Zuma was separately found guilty of contempt of South Africa's top court for snubbing graft investigators probing his time as president. He was jailed on July 8.

South Africa then plunged into chaos, with looting and rioting erupting in KwaZulu-Natal, before spreading to the economic hub of Johannesburg.

A total of 215 people were killed, acting minister in the presidency Khumbudzo Ntshavheni said Monday during a televised update -- an increase of three since the last bulletin.

"The situation in Gauteng (province) has completely stabilised," she added. "In KwaZulu-Natal, the situation is now stable and no new incidents of looting were reported."

Six suspected instigators of the unrest had been arrested, she added, an increase of two from Sunday.

The total bill could reach 50 billion rand ($3.4 billion), according to consultancy Intellidex.

The unrest, which subsided by the weekend, was widely seen as at least partially in response to Zuma's imprisonment. 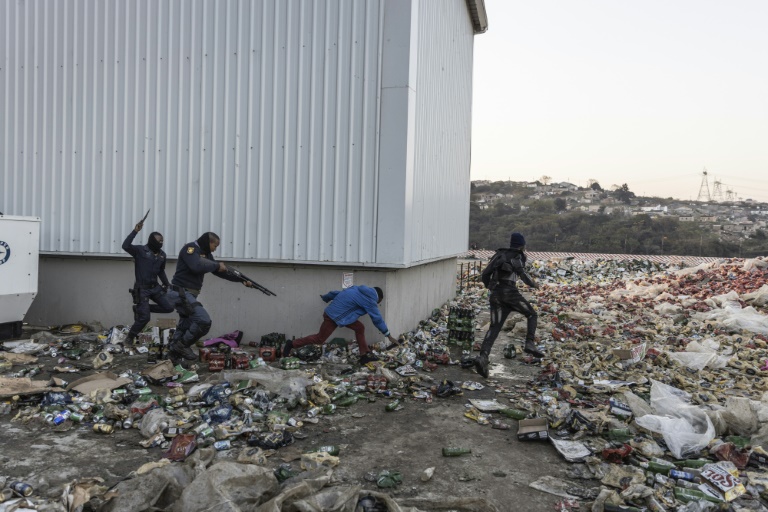 The trial resumed virtually to avoid more "disruption", the National Prosecuting Authority (NPA) told AFP, although other court cases are also being heard online due to the pandemic.

But Zuma's legal team claimed the online format was unconstitutional and applied for the trial to be adjourned. 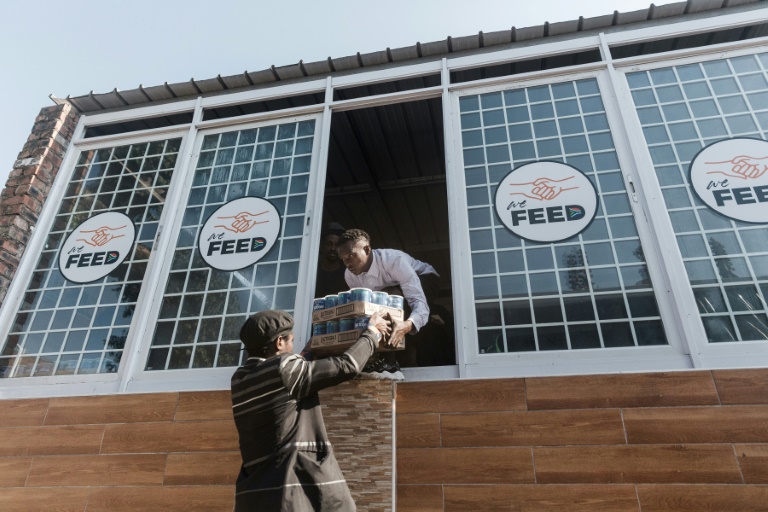 His lawyer Dali Mpofu argued that Zuma was being denied the right to a "public trial in front of an ordinary court," to be physically present and consult his defence.

His attorneys also demanded that chief prosecutor Billy Downer recuse himself from the case over claims he leaked information to the media.

Downer has accused them of delaying tactics, which Mpofu vehemently denied.

Wim Trengove, an attorney representing the NPA, argued that there was no basis for Downer's recusal, describing the request as "merely a ruse" and accused Zuma's lawyers of "recycling old complaints."

Observers had previously feared that Monday's hearing could reignite tensions which had eased by the weekend, but the situation outside the court was calm.

The charismatic ex-leader has retained a fervent support base within the ruling African National Congress (ANC) party and among the general public.

His followers portray him as a man of the people and a defender of the poor. 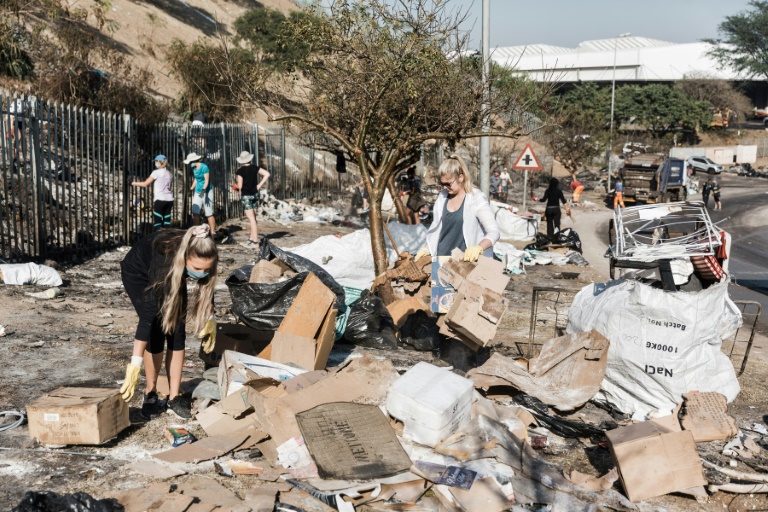 Community members clean up debris in the aftermath of looting

Zuma and his backers have repeatedly dismissed scrutiny of the ex-president's conduct as politically motivated and warned his jailing would spark unrest.

But they deny being behind the recent turmoil.

Zuma, once dubbed the "Teflon president", has started serving a 15-month jail sentence for contempt.

He was arrested for disobeying a Constitutional Court order to testify before a judicial panel probing the plunder of state coffers during his nine-year presidency, which ended when he was ousted in 2018.