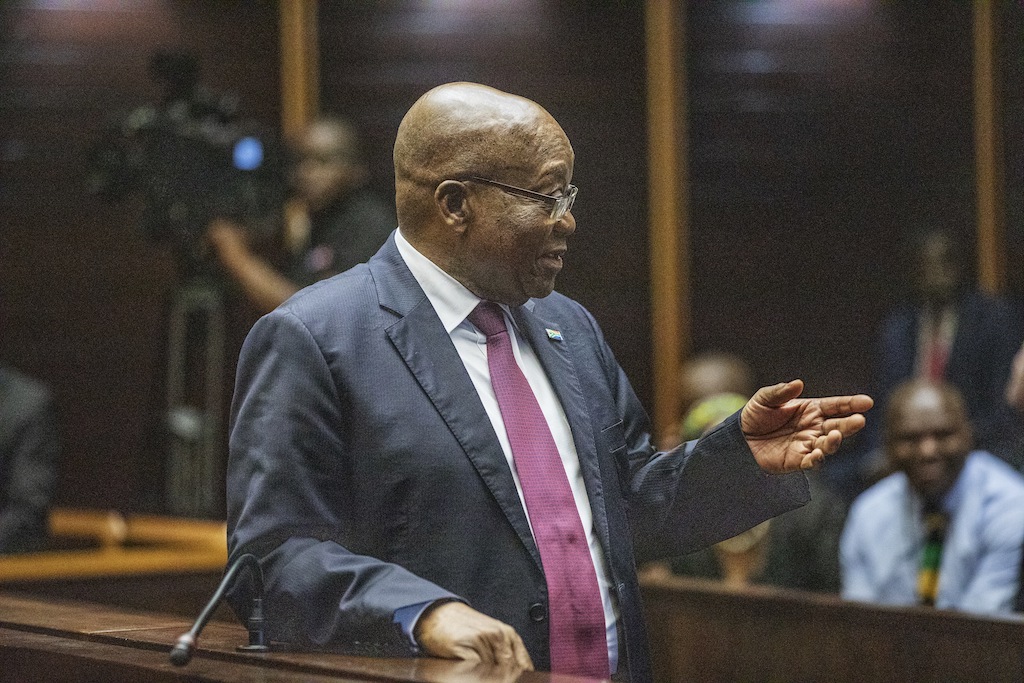 PIETERMARITZBURG -  eNCA understands that former president Jacob Zuma is asking the High Court in Pietermaritzburg to not only remove prosecutor Billy Downer from the case but also to acquit him instantly of corruption charges.

In support of his plea for Downer's removal, Zuma is understood to be arguing Downer lacks the independence and impartiality required of a prosecutor.

[BREAKING NEWS] #eNCA understands former president Jacob Zuma is asking the High Court in Pietermaritzburg to not only remove prosecutor Billy Downer from the case but also to acquit him instantly, of the corruption charges he faces. Thulasizwe Simelane has the latest on #DStv403 pic.twitter.com/83LcJXb2z0

It seems he bases this claim on the fact that Downer filed an affidavit in the DA's successful court bid to force the NPA to reinstate the charges against the former President.

Zuma argues that Downer's affidavit supports the DA's arguments in that case, which is at odds with the NPA's position at the time, that the prosecution had been irreparably tainted by political meddling.

The former President contends Downer's siding in that matter, with a political party hostile to Zuma, disqualifies him from prosecuting the criminal case.

He is understood to be pleading for an acquittal if his attempt to remove Downer is successful.

The NPA says it is studying Zuma's plea and will respond in court.

The prosecuting authority says at face value, Zuma's attempt to have Downer removed looks like a regurgitation of old issues already rejected by the courts.