Zuma will be in isolation for 14 days: Lamola 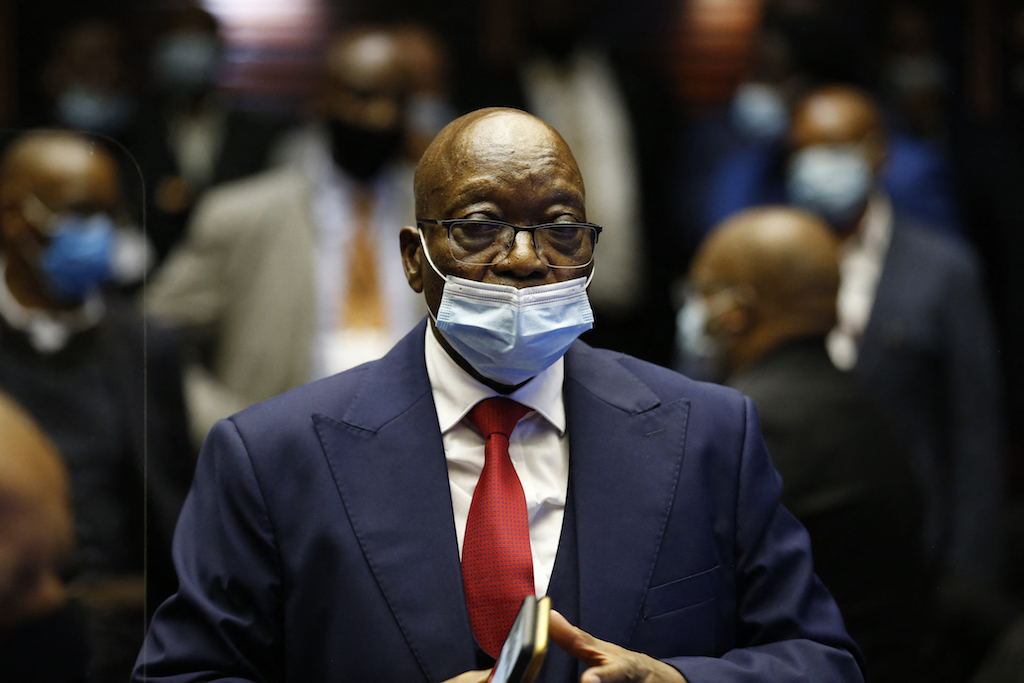 JOHANNESBURG -  Justice and Correctional Services Minister Ronald Lamola says former president Jacob Zuma will be placed in isolation for 14 days where his health will be assessed.

Lamola added this is not a time to celebrate but rather one of restraint.

He addressed the media outside the Estcourt Correctional Centre.

"We can confirm that former president Jacob Zuma was admitted into this facility in the early hours of this morning in compliance with the Constitutional Court order, this is not a moment of celebration, it is a moment of restraint and to be human," he said.

Zuma handed himself over to the police and has officially started serving his 15-month prison sentence for contempt of court.