Nigeria church collapse: I was trapped for 10 hours 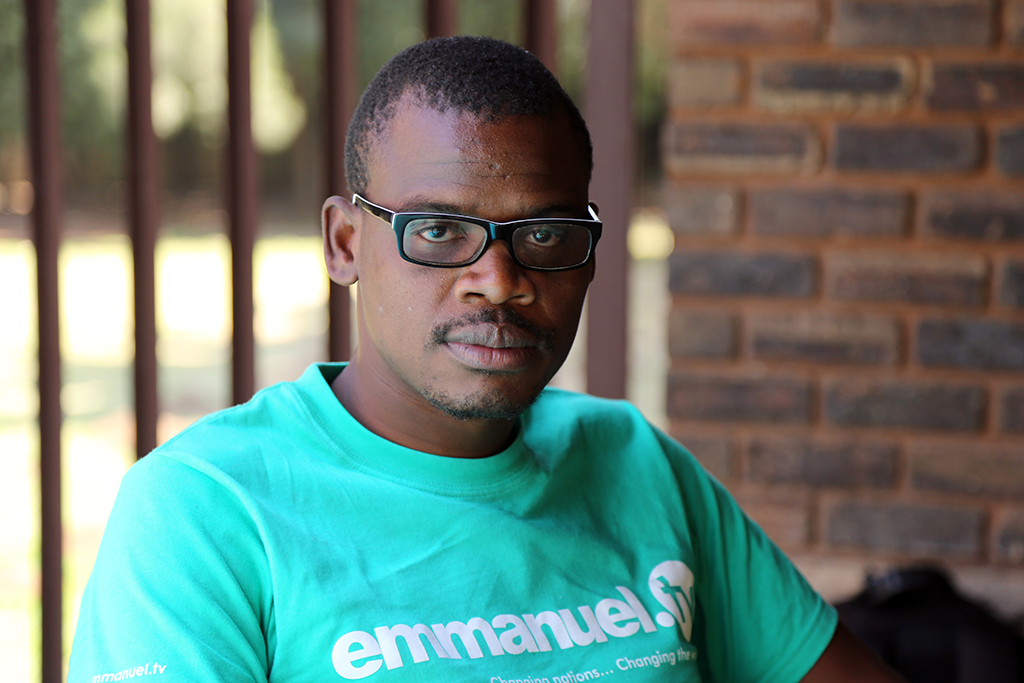 South African Khathautshelo Ramovha is seen at his home in Alberton, in Gauteng, on 17 September 2014. He is one of the survivors of the Synagogue Church of All Nations that collapsed in Nigeria last week.

JOHANNESBURG - “Next to me there were people screaming and crying saying my leg, my head and all those things. I moved my legs to feel them and I realized that I was fine. Then people around me were screaming and crying – we started praying.”
This is how Khathautshelo Ramovha described the moments after the Synagogue Church of All Nations in Nigeria collapsed and he was left trapped for 10 hours.
“Immediately the whole building came down. I lost consciousness, I woke up after some time and immediately when I woke up – I was under the rubble. I was in a very dark place, when I looked around I saw my glasses and my phone but there was no network,” he said.
The 28-year-old left South Africa last Wednesday on 9 September to visit the church with 12 other people, but he says not all survived.
“Some didn’t make it even under the rubble – some were dead, some died instantly and some died when we were waiting to be rescued.,” he said.
The Johannesburg man says they were trapped for hours but did not lose hope as time slowly went by and they were stuck under debris.
“When we were inside we could not hear anything from outside and outside they could not hear us because it was like six floors that fell down on us. They could not hear us from outside we could not hear them inside,” said Ramovha.
It was at the ninth hour that help arrived.

“We stayed there one hour, two hours, four hours, six hours, eight hours, nine hours and ten hours praying. Around the ninth hour we started hearing sounds of excavators working outside and then we heard drilling machines."

“But we thought they didn’t know where we are they are just drilling wherever they can. They started making a tunnel towards the place I was at – it took an hour while they were digging and we could hear the sound,” he said.
The still visibly shaken 28-year-old says rescue personnel finally reached them but even then there were problems before they could get out.
“They got in and started shouting if there are people there and we shouted. And they had to cut wires first and it took 15 minutes and were panicking because there was no oxygen in side we were sweating. There was no water. They made a way for us and we started crawling out,” he said.
He says the pivotal moment after the collapse was when he woke up and realised what had happened.
“When I woke up because I believe in my savior in the God of that man I went to see and I know he is a man of God and I believe that if I didn’t die there was no way I was going to die I am going to make – there was no way. I could take even five days but I knew I would make it and we were just praying and shouting the name of Jesus,” said Ramovha.
Ramovha spent a night in hospital and returned to the country on Wednesday morning to his relieved family, who were waiting for him at O.R Tambo International Airport.