Nissan GTR vs Woman - which is faster? 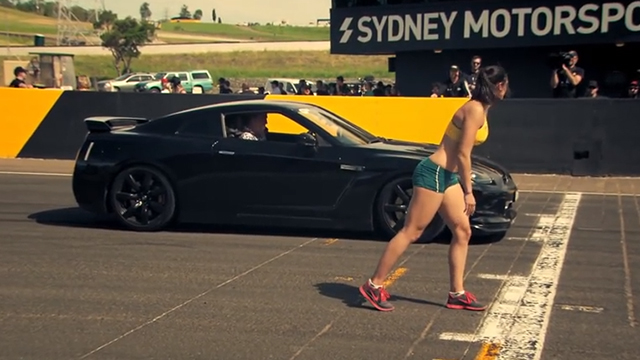 Australia - Which is faster - a Nissan GTR or a woman? Jeremy Clarkson attempts to find the answer. Youtube / TopGear

SYDNEY - "When it accelerates, it actually hurts," is what Top Gear host Jeremy Clarkson says of the Nissan GTR.

Clarkson wanted to test how fast the car actually is, and decided to pit its speed against that of Australian hurdler, Michelle Jenneke, at the Top Gear festival in Sydney.

The winner is the one who is the least run over

The rules were simple:  Jenneke had to race to a 50m mark, and then turn round and race back to the start line, in effect making it the finish line too.

Jeremy would power the GTR -- in a seated position, naturally -- and when he hit the 50m mark, he&39;d have to reverse back to the start line, something he admitted would be very tricky in a GTR.

"The winner is the one who is the least run over," he told Jenneke in front of a packed stadium.

One wonders, however, if Clarkson organised the race just so he could watch Jenneke&39;s warm-up routine.

* Watch the Youtube video clip above to see the outcome....