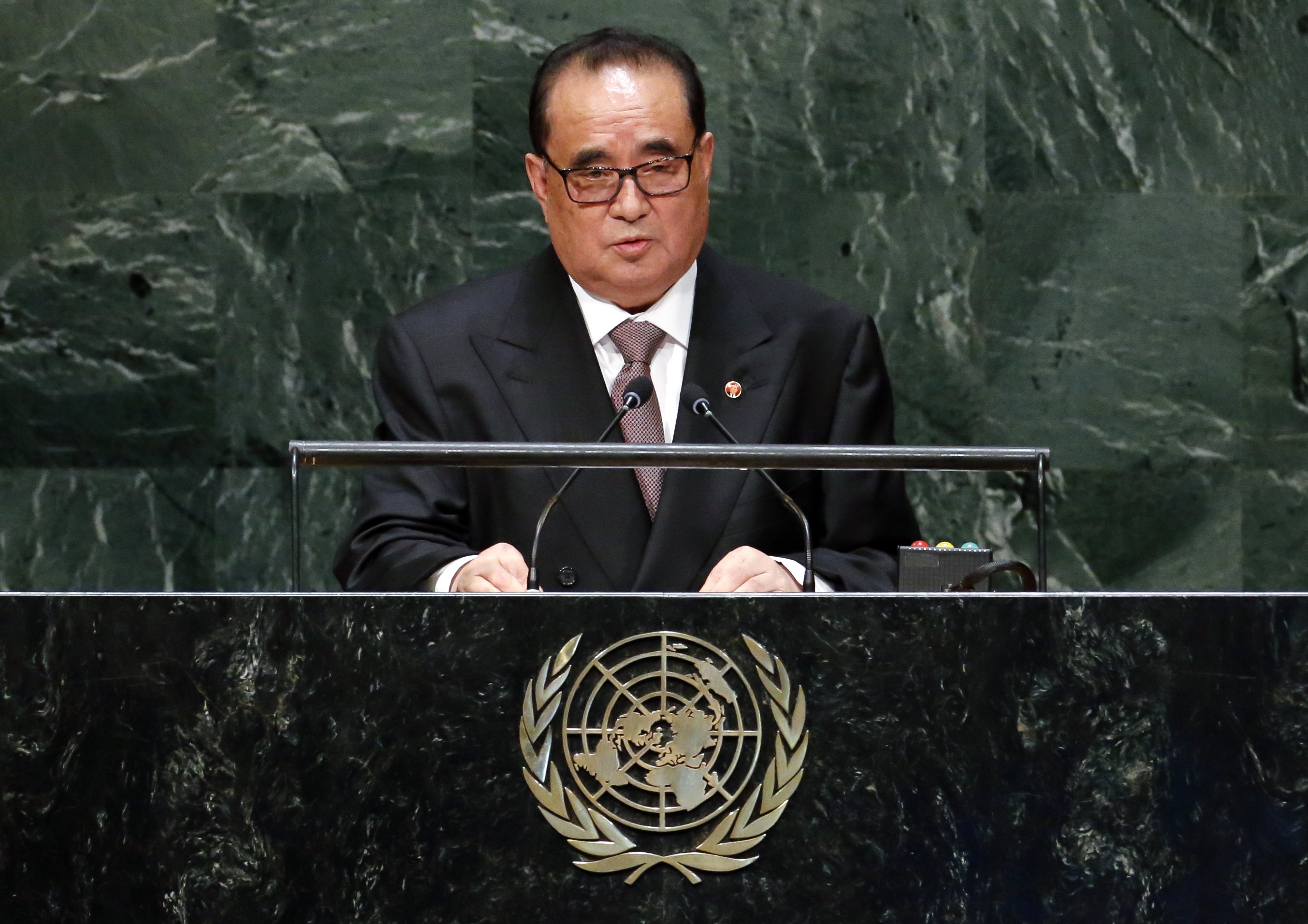 NEW YORK - North Korea said reunification with the South is its main goal, and proposed an arrangement of "one country, two systems," the United Nations General Assembly heard Saturday.

"We are of the opinion that national reunification should not be done through confrontation, but rather through a confederation of two systems within one country," he said.

Ri also accused the UN&39;s top body of "showcasing the extreme manifestation of the double standard" on human rights.

"The Security Council should no longer serve as a forum for telling lies," he said, criticising it for ignoring civilian deaths in Gaza from Israeli attacks while punishing Syria over the conflict on its territory.

Ri insisted that North Korea was open to cooperate on human rights with international organisations and countries that are not hostile to Pyongyang.

But he rejected any attempts to use the human rights issue as a tool for "regime change."

"Abusing the human rights issues for political purpose is in itself the biggest human right violation," Ri said, in the first address by a North Korean official to the General Assembly in 15 years.

The foreign minister also insisted that "hostile policy" of the United States had led to Pyongyang&39;s decision to develop nuclear weapons.

"The nuclear deterrent of the DPRK (Democratic People&39;s Republic of Korea) is not intended to threaten or attack others," Ri said.

"Neither is it a bargaining chip to be exchanged for something else."