Nun with Spanish missionaries dies of Ebola in Liberia 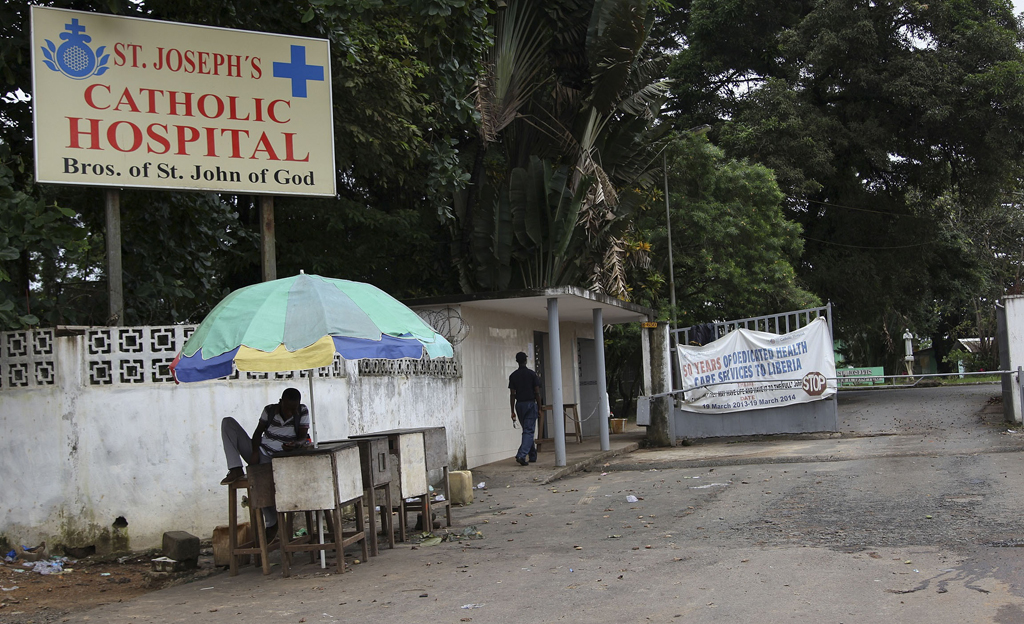 File: Liberia has recorded 37 cases of novel coronavirus to date, with five fatalities.

MADRID - A Congolese nun who worked with Spanish Catholic missionaries in Liberia has died of Ebola, the charity she worked for said Saturday in Madrid.

Chantal Pascaline died early Saturday "due to Ebola at the Hospital of Saint Joseph of Monrovia" in the Liberian capital, the Hospitaller Brothers of St. John of God said in a statement.

Pascaline worked with Spanish priest Miguel Pajares, 75, who left Liberia on Thursday and returned to Spain to receive treatment after contracting Ebola.

The Hospitaller Brothers are in charge of the NGO that runs the Liberian hospital where the priest and the nuns worked.

Spanish health authorities said Thursday that the priest -- the first Ebola victim in the fast-spreading outbreak to be evacuated to Europe -- was in stable condition with no sign of bleeding. The hospital is not providing medical updates for the missionary, at his request.

A weakened Pajares arrived in Madrid aboard a special hospital plane along with 65-year-old Spanish nun Juliana Bonoha Bohe.

The nun had been cleared of Ebola before leaving Liberia, but doctors at Madrid&39;s La Paz-Carlos III hospital repeated the blood test on Thursday and said they would do so again in four days.

The Hospitaller Brothers asked Madrid on Tuesday to "urgently" repatriate Pajares, Bonoha Bohe, Pascaline, and a Guinean-born nun, Paciencia Melgar, who was also infected with the virus.

But officials said they would evacuate only the Spanish nationals.