ABSA, SABC and the documentary that never aired 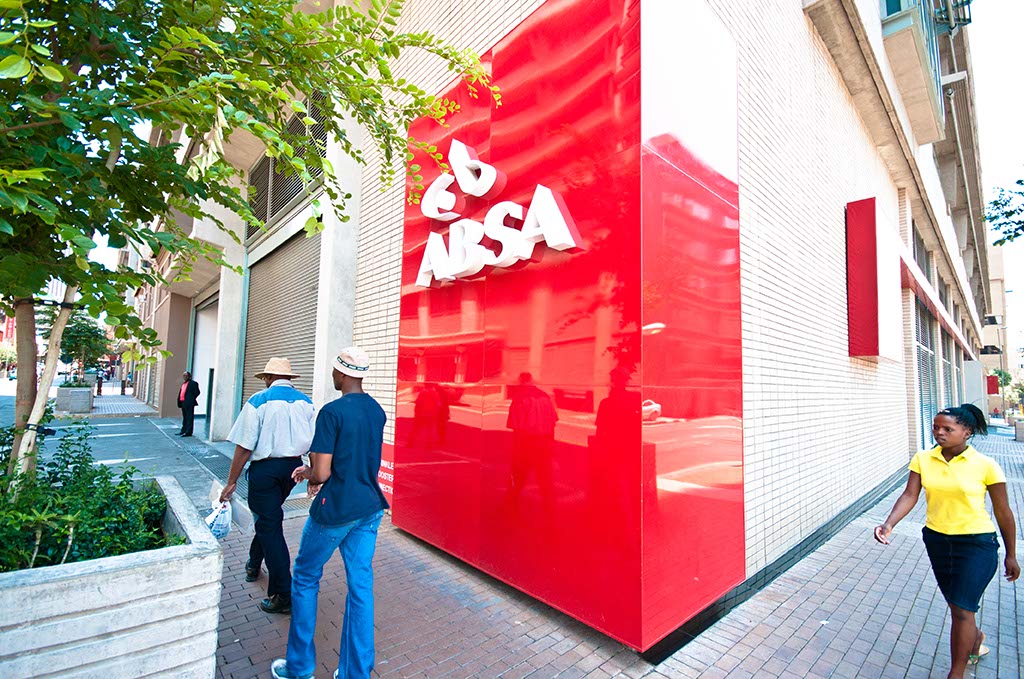 Pedestrains walk outside the headquarters of Absa bank in downtown Johannesburg.

In a preliminary report, the Public Protector has recommended Absa pay back over R2-billion it benefited from in apartheid’s dying days.

“At its simplest, it’s a story about you and me being defrauded of billions. Much of the loot was taken as the old government was leaving. They called it lifeboats, Reserve Bank assistance, mainly to the Bankorp group that was later acquired by Absa.”

So begins Sylvia Vollenhoven’s documentary on the R30-billion allegedly stolen from government in the dying days of apartheid. SABC2 was due to air Project Spear in 2012 as part of the broadcaster’s Truth Be Told series. At the last minute, it was pulled.

On Friday, Mail & Guardian said the Public Protector, in a preliminary report, had recommended Absa pay government R2.25-billion for the unlawful bailout of Bankorp and that the president should launch a commission of inquiry into apartheid corruption.

The investigation, started by Thuli Madonsela and taken over by Busisiwe Mkhwebane, also found that the state had breached the Public Finance Management Act and the Constitution, but the final report could change significantly as the Public Protector receives responses to the preliminary investigation.

It’s a story Vollenhoven has for years been trying to make accessible to the public. She was commissioned by the SABC to investigate apartheid grand corruption and why the democratic government had not tried to reclaim stolen money. Project Spear is grounded in the well-known Ciex report, prepared by former British spy Michael Oatley. His intelligence company, as well as research done by the Institute of Security Studies, pointed to huge lifeboat loans given by the Reserve Bank, which were never repaid: R3.2-billion to Bankorp, R6-billion to Sanlam and Rembrandt, R5.5-billion to Aerospatiale/DaimlerChrysler. Oatley outlined how to recover the money and the government called its plan Project Spear.

Vollenhoven’s 47-minute documentary provides an introduction to some of the questions the Public Protector’s report on the Ciex investigation has raised. It focuses on allegations of rampant corruption and why the democratic state has done so little to recover the funds. On Sunday, Vollenhoven said it was satisfying for some of the issues finally to be taken seriously by the state and gain more public traction, but it had been “hugely frustrating” to have borne the brunt of the state wasting so much public money. She spent years arguing with the public broadcaster in court.

Despite paying for the documentary and approving the script, the SABC claimed it didn’t air Project Spear because it didn’t meet broadcasting standards. There are also claims that an SABC staffer said government would not be happy with allegations it ignored corruption without right of reply, which the producer said it declined after repeated attempts. Vollenhoven’s film was due to air at the 2013 Franschhoek Literary Festival and at the 2016 National Arts Festival in Grahamstown, but both screenings were interdicted by the SABC. The documentary has never officially been shown and has been removed from YouTube on multiple occasions. The SABC not only interdicted screenings of the film, but refused to sell Vollenhoven the copyright so she could sell it for screening elsewhere.

“I have no doubt that there were sinister interests in this film,” she said. Both the homes of Vollenhoven and Noseweek editor Martin Welz, who worked on the film and had covered the issues extensively, had been robbed, and computers, but no cash or phones, were stolen. Vollenhoven said she later received correspondence from the SABC telling her that being robbed was not an excuse for not being able to provide certain film-related material. She’d never told them, and very few others, about the burglaries, she said.

“I think people’s eyes would have been opened,” said Marjorie Jobson, national director of the Khulumani Support Group, on the film’s potential impact. Khulumani assisted Vollenhoven in her legal battles with the public broadcaster. “The public needs to know about the theft of money by these people at the time of the transition. It has never been paid and there is no justification not to deliver on the Truth and Reconciliation Commission recommendations,” she said on the TRC’s recommended reparations.

“The biggest problem is the deteriorating state of survivors, of desperate people who have done their best to hang in there to get some kind of redress,” she said. “We hope this [Public Protector’s report] is finally going to be some progress.”

“There is no reason for them not to call in those loans unless they were bribed not to do so, which is what I suspect,” Jobson said on the government’s failure to act on the Ciex report. “I cannot fathom any further resistance unless they were bought off.” That’s the essential question Project Spear raises – has a new elite emerged in South Africa that has been co-opted by old money and wants only to tackle the sins of the past in words rather than reparations?

Micah Reddy, Right2Know media freedom and diversity organiser, said Project Spear was one of a number of examples of censorship at the SABC. He noted the broadcaster’s refusal to air the Marikana documentary Miners Shot Down and dogged efforts to ensure Vollenhoven could not get the rights to Project Spear and air it elsewhere. “It’s as plain as daylight about not wanting to air content that is embarrassing to certain political factions and powerful interests,” Reddy said.

The SABC’s rights to the film were confirmed in court last year as Vollenhoven lost an attempt to challenge the principles of the Copyright Act. The court did, however, throw out the SABC’s attempt to prevent her from making a new adaption of the documentary and it instructed the public broadcaster to negotiate on selling the film rights in good faith. Those discussions are yet to begin.

“We are the ones who went and asked her to (do) that and we paid her for that,” said SABC spokesperson Kaizer Kganyago on Sunday. The decision of whether to air the documentary remains with the SABC, he continued, and to his knowledge there were no current discussions on taking it forward.

The leaked Public Protector’s preliminary report has become a hot issue in a politically sensitive year. Some commentators have speculated that it was leaked to deflect criticism from the state capture investigation into the Gupta family. The Reserve Bank and Absa have both strenuously denied wrongdoing and will make submissions to the Public Protector to clear their names. They have two other investigations to back them up. While the Ciex report was scathing, inquiries from Judge Willem Heath and Judge Dennis Davis both found money had effectively been donated to large corporates, but, for different reasons, neither recommended an attempted recovery.

Whether or not the final Public Protector’s report orders Absa to pay back billions and the state to institute a commission of inquiry on other allegations of apartheid corruption, Vollenhoven won’t let the issue go. “For me this kind of investigative journalism becomes very personal and I am generally much more concerned about the fact that we are too hasty to bury the wrongs of apartheid,” she said. “When it comes to so much money that was stolen and so much evidence of how it occurred, that upsets me beyond my profession as a journalist. As a South African citizen I feel if we don’t lay these things to rest in the proper way we will never be able to grow as a nation.”