Am I an African? On xenophobia and violence in South Africa 2017 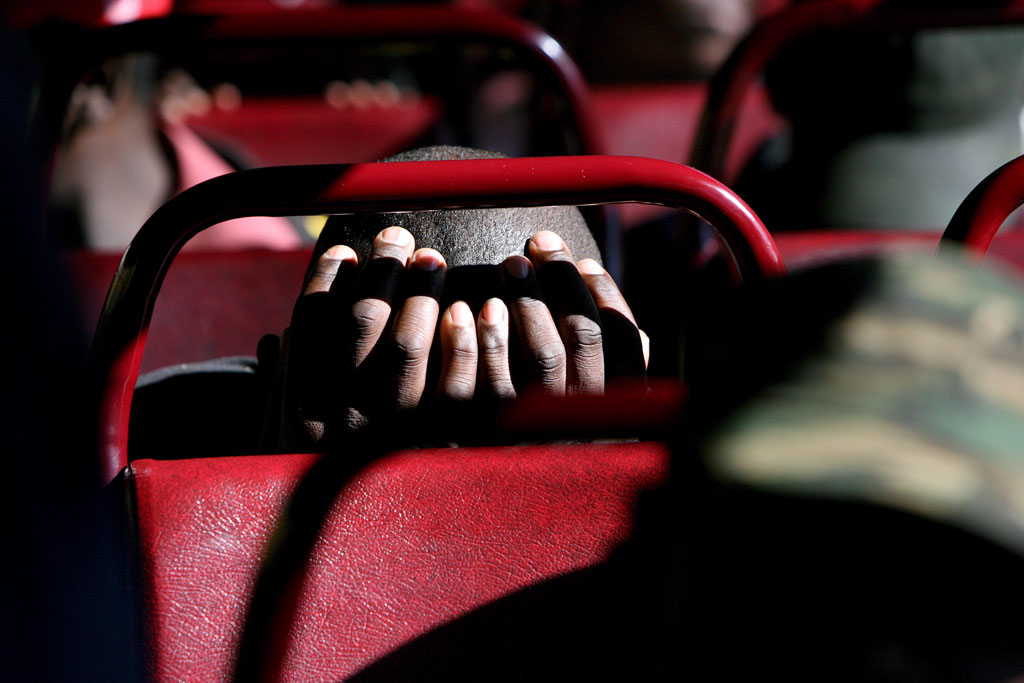 Refugees from xenophobic violence are moved by the government to temporary shelters in Johannesburg.

We like to tell ourselves we are better. We pride ourselves on being survivors of the fires of history. We are told we live in a country of believers. We have prayers at many occasions of state. But we also tell ourselves we are different, special, "not like other Africans, generally". Such stories we tell of ourselves, sometimes believing the tales, sometimes telling them compulsively because we have to hide from harsher, less palatable truths about ourselves.

It has been a decade since the ugly, toxic waves of violent attacks across South Africa against people thought to be from elsewhere in Africa: 2008. It has been two years since a spectacular and similarly ugly wave repeated itself: 2015. In-between we marked twenty years of post-apartheid democracy, in the same year that Rwanda marked twenty years since the genocide which ripped its people apart.

It is 2017. We are travelling further in time from those early days of hope, of aspiring to better than we were before. The violence and violations of colonialism and apartheid were seemingly fresher, then. But memory is unreliable. We forget, or misremember, the past, and our own lives in that past. The eternal present, the forgetting of history, has painful consequences.

Given the painful history of division and dehumanisation, we like to think of ourselves, sometimes, some of us, as people attuned to injustice, and programmed to oppose it. But we are also living in one of the most unequal societies in the world. The signs and divisions are no longer as crudely racist. We signal differences by other means, and the markers of class have similar consequences for the full realisation of the humanity of those who benefit from the inequality, as well as those who are oppressed by it. If we would only connect.

South Africa’s fraught relationship with the rest of the continent is not a new phenomenon, or even a unique component of the post-apartheid settlement. The colonial authorities had similar anxieties about the special status of South Africa as a space of separation, different from the rest of the array of colonies.

Their apartheid heirs sharpened the division and thoroughly opposed to the rest of the continent.  Remnants of the latter, a certain de-historicised, if not historically ignorant reading of Africa, is rendered as "Afro-pessimism". Nothing good has ever happened in Africa. Anything that works in Africa has come from elsewhere. Africa the eternal disaster, without history, without change.

But even apartheid’s gestures of separation were ambivalent. The apartheid white supremacist view of Africa was the obverse of the white nationalist Afrikaner view which posited the Herrenvolk as divine possessors of the land, overlords of those who dwelt in it, but also, myths about an empty landscape into which early pioneers moved, encountering black others migrating either at the same time or later. By such stories dehumanisation was justified, papered over, and learned as truth.

The legacy of ignorance about the rest of the continent which blighted apartheid South Africa lingers on into post-millennial post-apartheid South Africa. At the turn of the millennium, a senior political commentator and academic could confront two of Africa’s leading academics in a public seminar about the history and status of African studies in South Africa with the question: "What do you Africans bring here?" Amina Mama, one of the continent’s major intellectuals responded with an outline of the food, craft, trade, labour, and intellectual endeavour Africans have contributed throughout South Africa’s colonial, apartheid, and post-apartheid incarnations.

In 2008, a public meeting was held at the University of the Witwatersrand, Johannesburg, to respond to the waves of xenophobic attacks targeting people thought to be from elsewhere in Africa. One speaker after another reminded the audience of how the events in South Africa mirrored events elsewhere in Africa, earlier in the second half of the twentieth century. The "Ghana must go" events in Nigeria in the early 1980s.

The ugly underside of nationalism anywhere, of course, is xenophobia. If there are insiders who belong to the nation, that imagined community with a shared history, whether cultural or political, there must be outsiders, who do not share whatever culture or history or politics draws citizens into the circle. It is a small step thence to what Bessie Head outlined in Maru (1971): "They all have their monster. You just have to look different from them ... then seemingly anything can be said or done to you as your outer appearance reduces you to the status of a non-human being."

And of course you don’t hack or stab a human being to death. You do not set a live human being alight.  You don’t chase human beings and the children from their homes. First, you have to dehumanise them.  They have to be rendered as inhabitants of another category, where things resemble the human form, but do not have human status. It is the anti-Samaritan gesture; it distances, in order to destroy. That some of this stems from the dehumanisation of the destroyer does not excuse the destruction.

But there are actors who are less visibly involved. People like us do not invade other people’s homes, to threaten and harass them or to destroy their property. We have less crude ways of distancing ourselves from people we imagine to be foreign. We are too middle class, too formally educated, too smartly dressed to ever do such. We simply use the administrative tools at our behest to effect the same gesture: violence with grace, violation with gentility. We in the middle classes will object to the style of the violence and violation without necessarily see in them the reflection of our own attitudes and conduct.

We certainly do not march against immigrants. And what such a march signifies should strike any thinking observer as a march against modernity itself. To oppose migration is not only to want to undo the long march of history, from the deepest past, through the present, to the remote and precarious future. Opposition to immigration requires erasure of the traces of one’s own biography, one’s own ancestry, one’s own place in the present as a consequence of the past. It is an erasure of oneself, and therefore, an erasure of one’s humanity.

Yet, there is the parable of the Samaritan, that embodiment of the altruistic impulse. There are people like Paul Verryn, and many less well-known other religious people, who embrace, who shelter, who embody the best of their religious beliefs. And then there are those who are tasked with managing our communities, but who look on, perhaps waiting for the right moment to act, so that they may maximise whatever dubious benefits may be had from the tragedy and horror we face.

To conflate criminality and non-citizenship as some politicians have is not just dangerous, it is obscene.  What have our politicians done since the last wave of violence directed at non-South African Africans in 2015? What processes of healing and conciliation have they effected? What have the civil servants paid to manage our communities done to work towards undoing the painful fissures from our last encounter with and enactment of xenophobic violence in South Africa? The word "last" is deceptive, of course, because while these spectacular waves of violence peak in certain moments, the attitudes and violations happen every day, abrasive and degrading of the human beings they are directed at, and of the human beings who participate in them.

We like to tell ourselves we are better. We like to tell ourselves and the world we are not xenophobic.  We invent all sorts of reasons to explain away the violence. We blame the drug dealing. We blame the prostitution of "our daughters". We blame the corruption of the police and their collusion with criminals.  We justify our violence. Or we distance ourselves from other people’s violence. What we do can be justified. We are not those people. Except … people have to flee their homes, live in uncertainty, and if we keep denying what is happening, worse.

What will we tell our children about what we said, what we did, how we acted to stop this, or what we failed to do?

The golden rule: do unto others ... We are all in this together. I am an African.